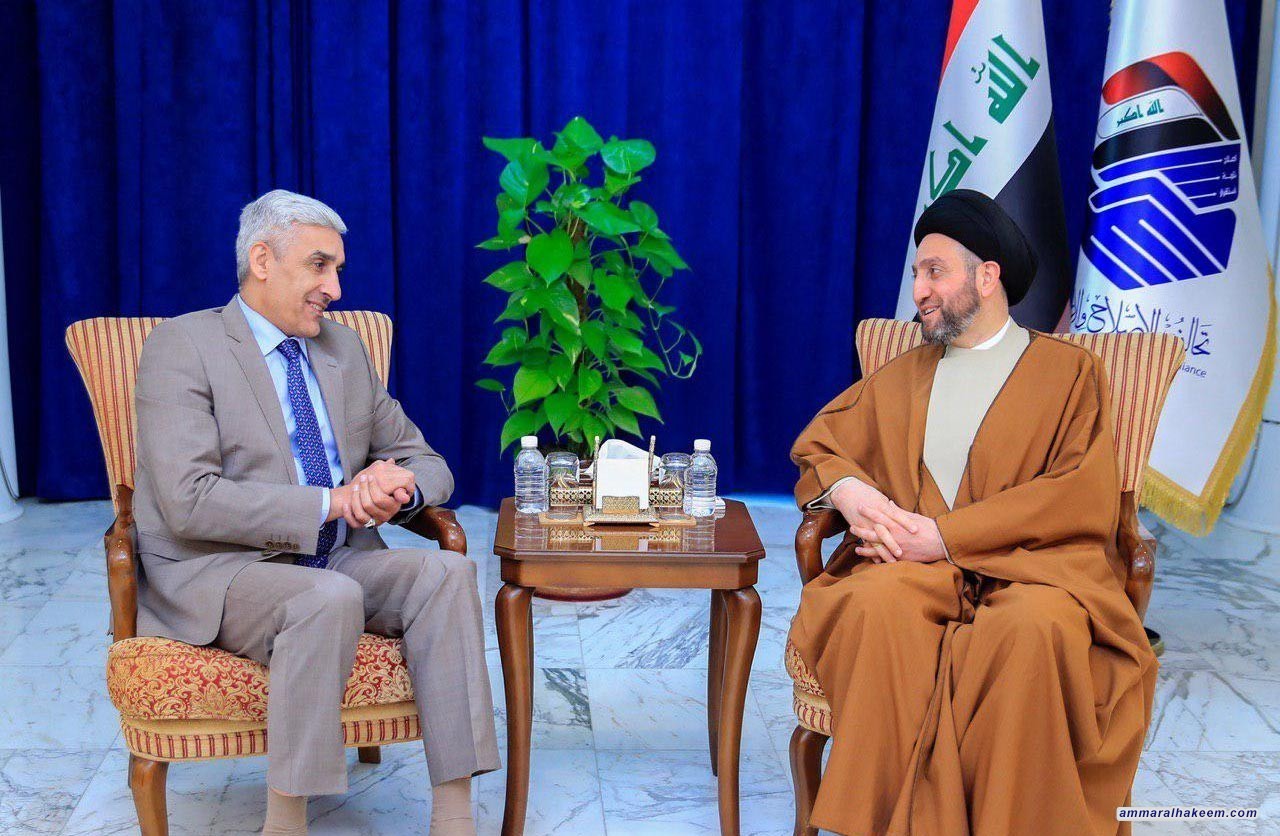 Head of the Reform and Reconstruction Alliance, Sayyid Ammar al-Hakim, received Minister of Youth and Sports, Mr. Ahmad al-Obaidi, Sunday 24/3/2019
His eminence stressed that Baghdad should have a large sports sector structure comensorate with its population, called for moving forward with projects of the Ministry of Youth, like the project to complete lift Iraqi playgrounds ban, explained that it requires a high model in management of matches, applying safety conditions and international standards.
His eminence called to rotate roles between youth and sports issues through giving attention to youth centers and clubs and proper activation, plus giving attention to sports and develop its infrastructure, especially the projects that reached advanced levels of accomplishment and most importantly soccer playgrounds. And urged the minister to coordinate with other sides to host international championships considering its positive outcome that would contribute in enhancing the stature of Iraq on regional and international levels.

His eminence also called for attention to public teams and to draft a law to regulate their activities and to benefit from their athletic potentials considering a broad segment of the society. And stressed the need to coordinate with the Arab, Asian and international federations and with the Olympic committees, and first and foremost with the Iraqi Olympic Committee. Roles are integral among and it is important to pass laws that are closely related to the Iraqi sports.