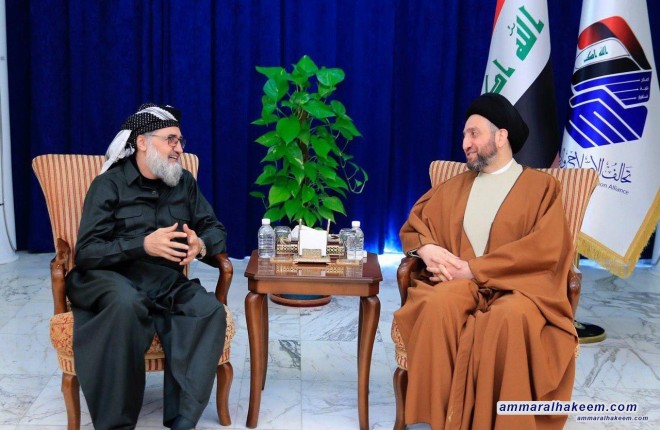 Head of the Reform and Reconstruction Alliance, Sayyid Ammar al-Hakim, in his office in Baghdad received The delegation of the Kurdistan Islamic Movement headed by its leader Sheikh Erfan Ali Tuesday 26/3/2019
His eminence with Sheikh Erfan discussed strengthening the relationship among the components of the Iraqi people, stressed the need to restore society harmony after defeating terrorist Daesh.
His eminence called to review religious discourse, emphasized on commonalities and clarifying some of the points exploited by extremists, and urged sustaining meetings to promote joint aspects and tolerance.