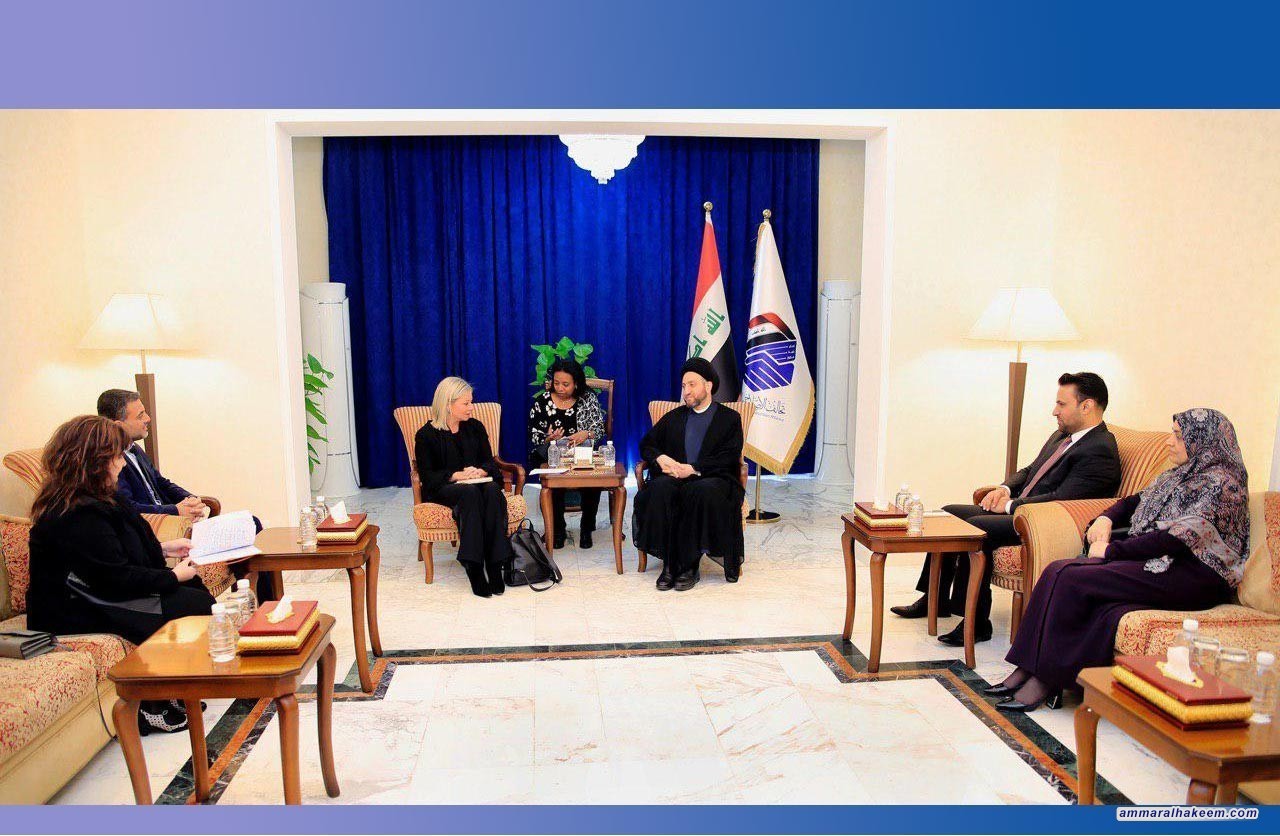 Head of the Reform and Reconstruction Alliance, Sayyid Ammar al-Hakim, in his office in Baghdad, received the the representative of the Secretary-General of the United Nations in Iraq, Mr. Jeanine Hennis-Plasschaert, Thursday 28/3/2019
His eminence called the United Nations through its representative in Iraq to provide technical support to the House of Representatives regarding the election law, in order to reach a fair and just representation for all to meet the aspirations of the people.
His eminence discussed the political situation in Iraq and the region and the completing the government cabinet, renewed his call to complete the government cabinet and assigning ministers characterized of competence, integrity and ability to manage, and urged political powers sustain of dialogue and communication, especially the two major alliances of Reform and Reconstruction Alliance and the Building Alliance so to reach a common vision to support the government's efforts in implementating service and development program, and reiterated support to the government of Mr. Abdul-Mahdi.