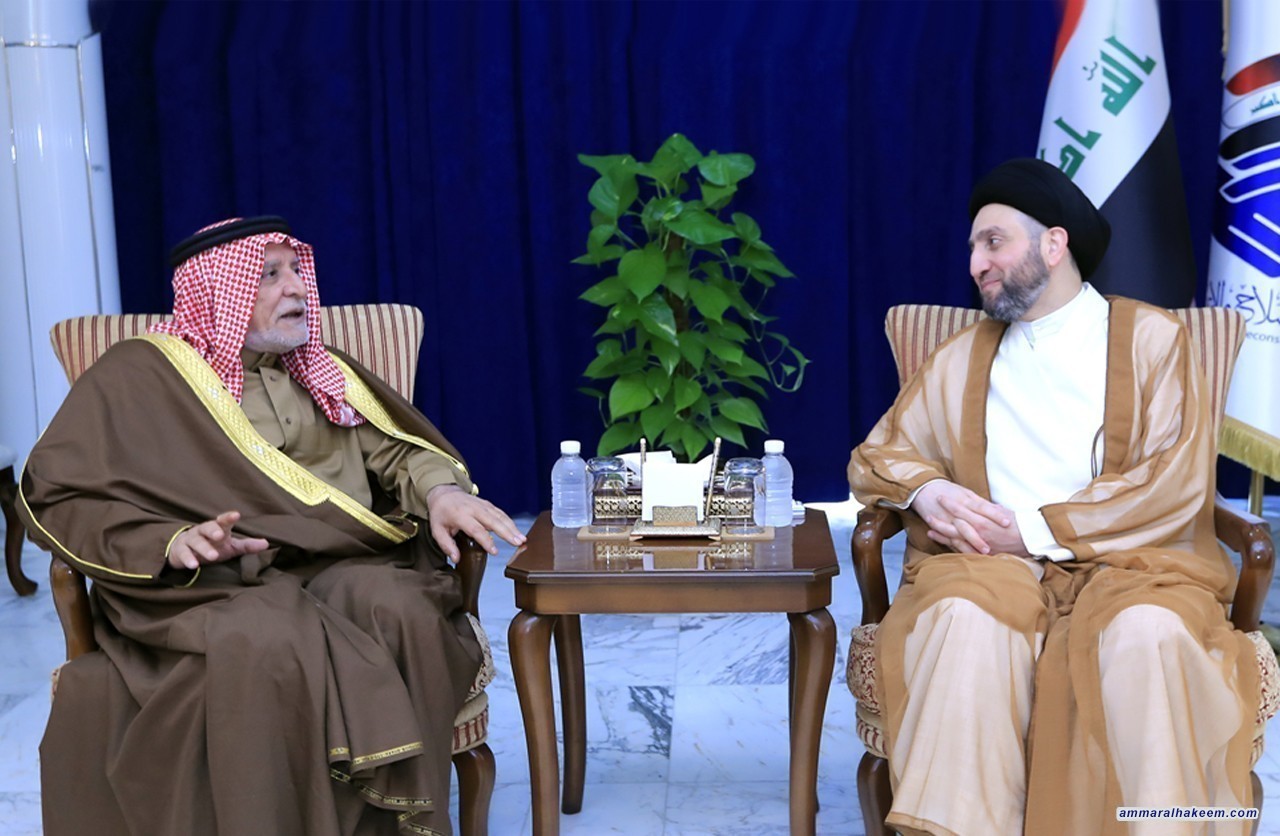 Head of the Reform and Reconstruction Alliance, Sayyid Ammar al-Hakim, in his office in Baghdad, received the head of the Sunni Endowment Dr. Abdul Latif Al-Humaim Tuesday, 9/4/2019
His eminence emphasized the importance of religious institutions role in promoting social harmony, and indicated that all are accountable to address issues of youth, considering that the Iraqi society is mostly composed of young people and would be a positive factor if best invested.
His eminence stressed the role of religious institutions in tackling social issues, noted the importance of the national project in the coming phase, called on all to support this process, because of its role in stabilizing the political situation.