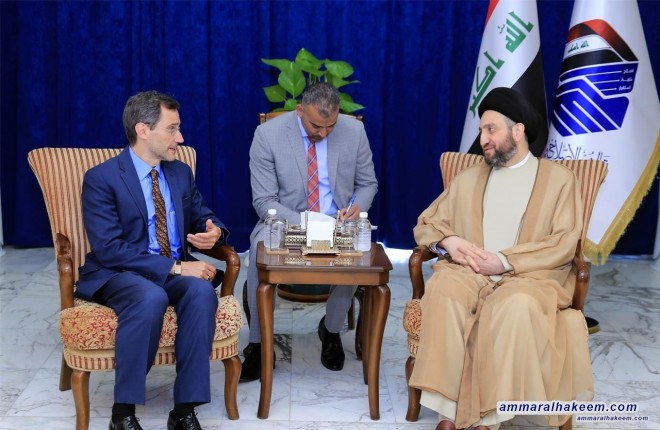 Head of the Reform and Reconstruction Alliance, Sayyid Ammar al-Hakim, received received the Charge d'Affaires of the US Embassy in Baghdad, Mr. Joey Hood, and discussed developments of political affairs in Iraq and the region, bilateral relations between Iraq and the United States of America and ways to strengthen relations to serve the common interests.
His eminence stressed that Iraq is moving away from international axes and that its higher national interests and the interests of its people are the compass that guides Iraq relations with all.
Sayyid Ammar al-Hakim stressed that economic sanctions policy and starvation of peoples is futile can not be adopted in resolving disputes, but dialogue is the best way to solve them.