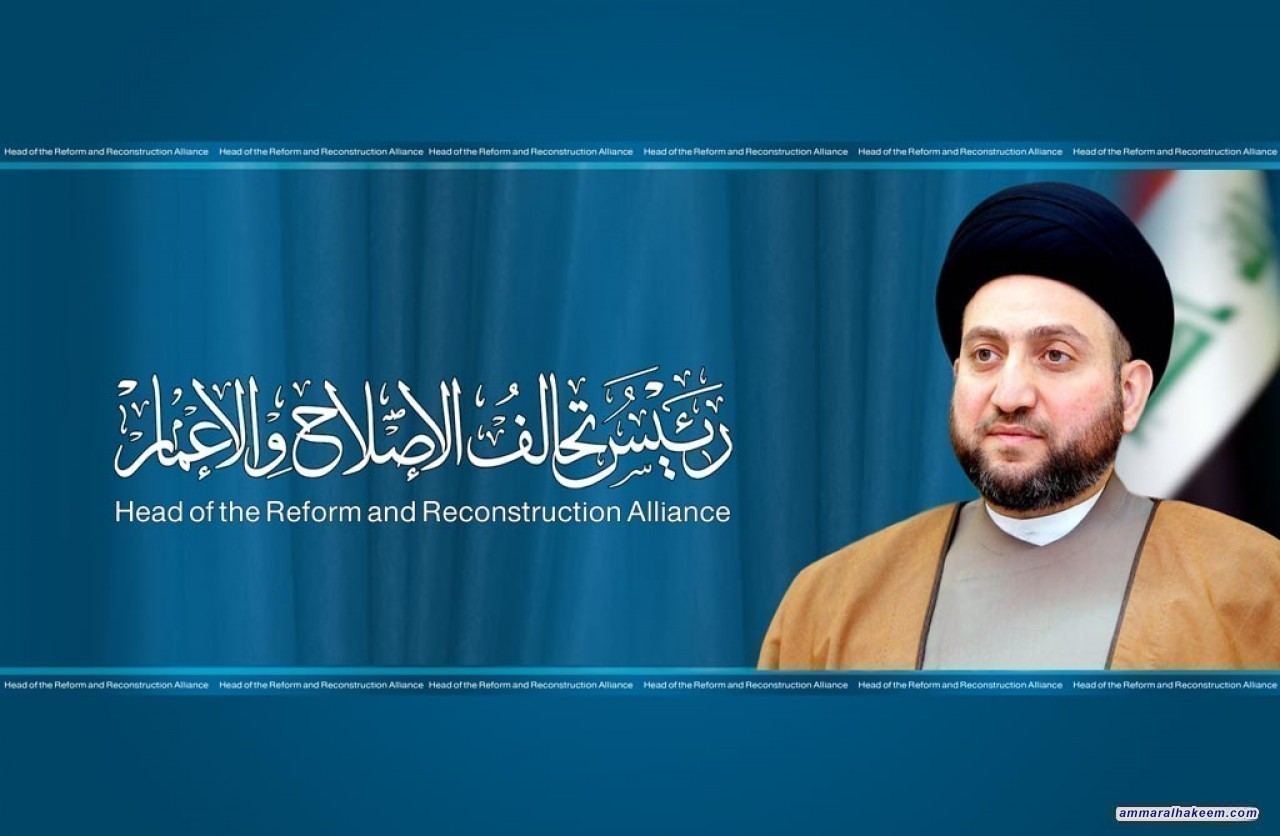 Head of the Reform and Reconstruction Alliance, Sayyid Ammar al-Hakim, praised the efforts of the government and the people that responded to the #Save_Maysan call, which was launched by his eminence after the torrential floods and torrents that swept through the areas and villages of Maysan province in early April.
A statement issued by his eminence indicated that he thanks all those who were involved in protecting the governorate to prevent the danger of floods and torrents, described the campaign worthy to praised and appreciated "as we saw the solidarity of the security forces, the popular mobilization forces, the relevant government departments and other supporting sides, as well as voluntary efforts and actions that worked day and night until the demise of the danger of the "beloved" Maysan". His eminence stressed that the Iraqis are know of standing for each other and spare no efforts to relief any province of Iraq requesting help and assistance.