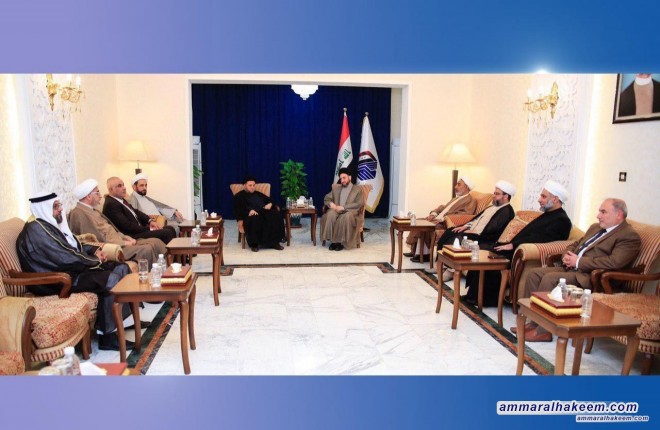 Head of the Reform and Reconstruction Alliance, Sayyid Ammar al-Hakim, in his office in Baghdad received the delegation of the Iraqi Society of Islamic Unity Monday, April 29, 2019
His eminence stressed the need to consolidate and deepen community reconciliation and rapprochement between the different Islamic sects after the victory of Iraq over all projects that aimed to destroy unity and agitate sedition among Iraqi people.
Sayyid Ammar al-Hakim encouraged the Iraqi Society of Islamic Unity for the taken steps to hold a regional tour including neighboring countries as an important step to make Iraq a platform for real understanding between Islamic sects, hence effectively contributing to the stability of the situation in Iraq and the region.