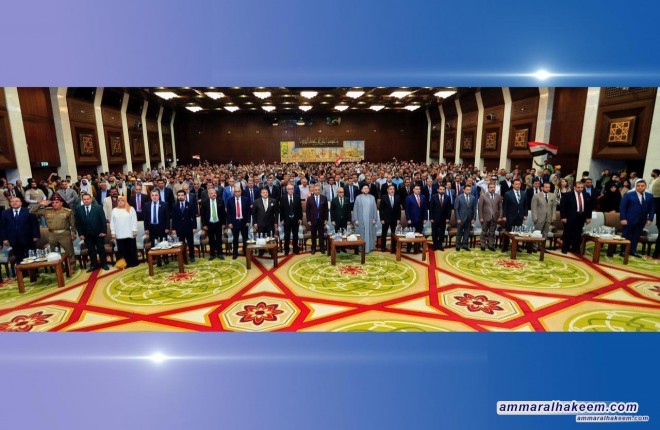 Head of the Reform and Reconstruction Alliance, Sayyid Ammar al-Hakim, congratulated all the workers of Iraq and the world marking the World Labor Day and announced official celebration of this occasion organized by the General Federation of Iraq Trade Unions and support labors of Iraq to follow up on their concerns, aspirations and problems, and called for fairness through legislating fair just, create work opportunities and appropriate atmosphere for the labor market.

Sayyid al-Hakim stressed that "on this day, governments are subjected to a real test, how they handle their workers" and expressed regrets that a large percentage of young people are unemployed in a country like Iraq that is full of opportunities in all aspects.

His eminence stressed that competition between private sector and the public sector is important to spin the wheel of economy and eliminate unemployment, called for a real action of trade union movement in Iraq, and announced that the Al-Hikma National Movement and the Reform and Reconstruction Alliance is fully prepared to support this movement and strengthen it.

His eminence stressed the need for serious coordination between unions and relevant ministries to reach the moment of announcing the end of unemployment and provision of good living for citizens.