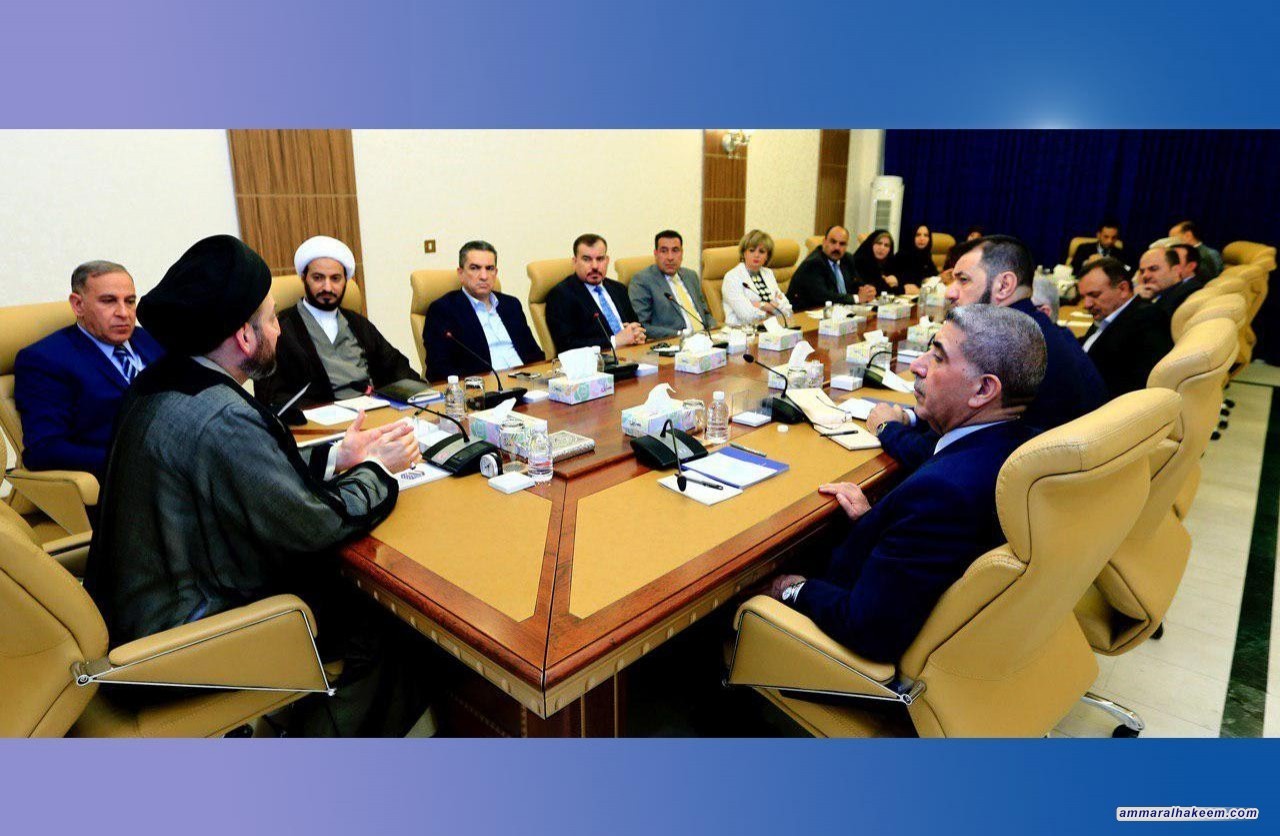 The Political Authority of the Reform and Reconstruction Alliance, held its ninth regular meeting, under the chairmanship of Head of the Alliance, Sayyid Ammar al-Hakim Saturday, 4-5-2019
The meeting discussed the subjects on the agenda, and the political developments were at the top of the issues that were extensively discussed.

The Political Authority called to expedite completing the government cabinet, and stressed listing government achievements in transparent reports shared with everyone to review, and called on the government to accelerate the implementation of the governmental program and move forward with provision of services, fighting corruption and eliminate unemployment.

Conferees also stressed that it is necessary for all political powers and community components to participate in making the Iraqi political decision, which is much more important than the partnership in roles and posts, and the importance of assigning the responsibility of government posts to competent personages away from political and sectarian affiliation, seeking the greater interest of the state, and stressed on strong advancement to carry out the reform project of the Alliance and actively contribute to create political stability in Iraq and push for the promoting service and development in the country.

Additionally, the Saairun (Alliance Towards Reforms) Alliance stressed strong cohesion with the Reform and Reconstruction Alliance and rgat it is their strategic option. The Political Authority emphasized cherishing Turkmen community, and stressed the need to ensure their representation in the government and participation in the construction of Iraq.

Regarding security aspects, the conferees reviewed developments in the security situation in the country, and the need to find suitable solutions for Arab and foreign terrorists in Iraqi prisons.
The Political Authority stressed the need to respect the law and abide by the administrative controls, and expressed strong refusal to continue prevent Mr. Abbas al-Hamdani from exercising his duties as a member of Baghdad Provincial Council.
The meeting also covered the situation in Ninawa province, and stressed the need to keep situation stability, and present concerted efforts of all to serve the Ninawa citizens.