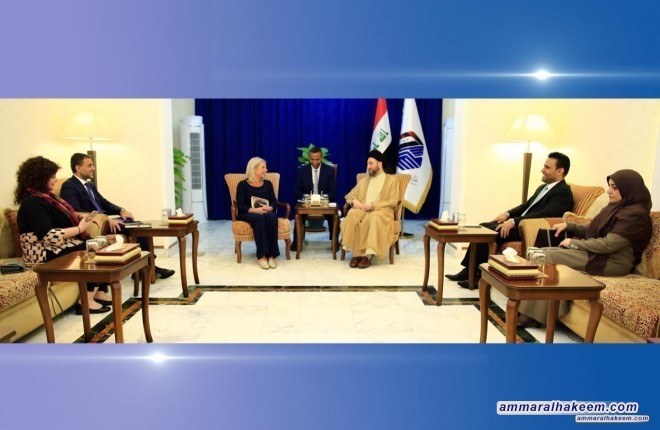 Head of the Reform and Reconstruction Alliance, Sayyid Ammar al-Hakim, in his office in Baghdad received the representative of the Secretary-General of the United Nations in Iraq, Ms. Jeanine Hennis Plasschaert
Discussions covered developments in political situation in Iraq and the region, and completing government cabinet.
Sayyid al-Hakim reiterated that dialogue is the best way to resolve all differences, warned from escalation and tension in the region, which in turn negatively affects region's stability.
His eminence also stressed the need for Iraq to play a pivotal role in solving issues and convergence of views based on national interest, and achieving security and peace for the peoples of the region and the world. Sayyid al-Hakim also urged the United Nations and the peace-loving countries to play a greater role in solving the issues and work to find common grounds among countries with disputes.