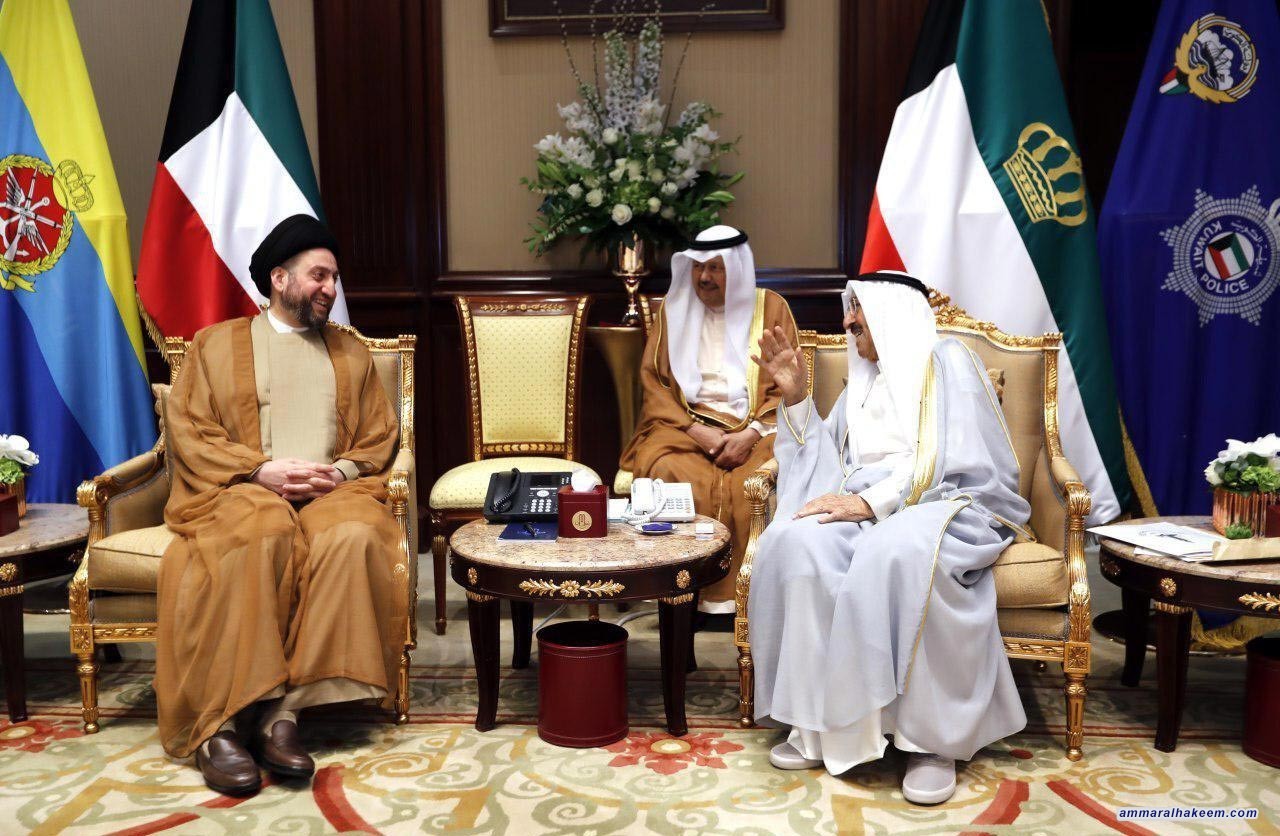 Head of the Reform and Reconstruction Alliance, Sayyid Ammar al-Hakim, visited Kuwait Sunday 12/5/2019.
His eminence during his annual trip during Ramadan, met with His Highness the Amir Sheikh Sabah Al-Ahmad Al-Jaber Al-Sabah, and discussed ways to enhance bilateral relations between the two countries.
His eminence stressed that nowadays Iraq is witnessing an unprecedented openness in relations with the countries of the world and the region based on common interests, and unique relations with the State of Kuwait on all levels. Iraq also strives to become as a bridge for communication between adversaries, and distance itself from regional and international axes.
Regarding regional situation, his eminence pointed that the region is going through a state of escalation that is not in favor of any side. And called on all sides to shoulder their responsibilities in order to prevent potential risks and to work on bringing regional parties to a common vision to spare the countries and peoples of the region serious consequences of this escalation.