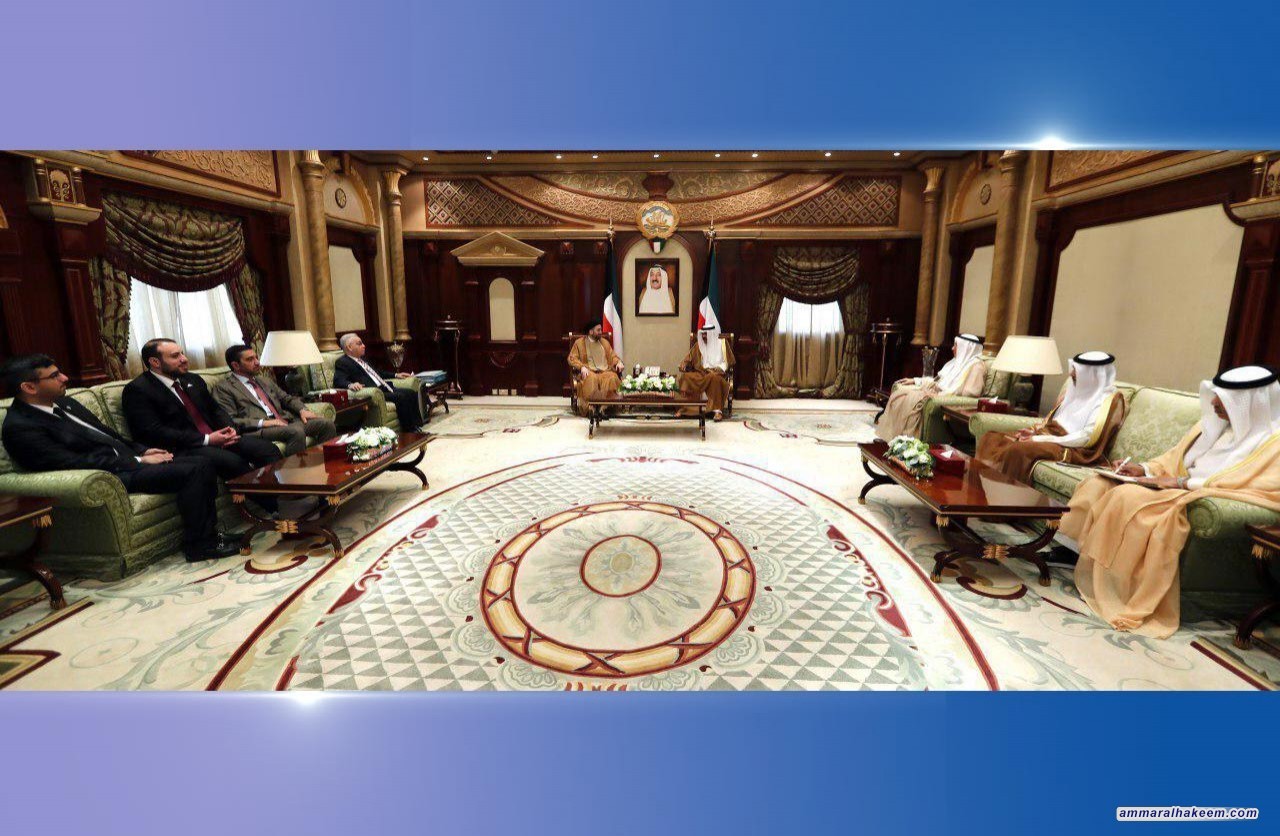 Head of the Reform and Reconstruction Alliance, Sayyid Ammar al-Hakim, met the Kuwaiti Crown Prince Sheikh Nawaf Al-Ahmad Al-Jaber Al-Sabah, and Prime Minister Sheikh Jaber Al-Mubarak Al-Hamad Al-Sabah and the First Deputy Prime Minister and Defense Minister Sheikh Nasser Sabah Al-Ahmad Al-Sabah Sunday, May 12, 2019
His eminence discussed enhancing bilateral relations between the two brotherly countries. His eminence highlighted the big openness witnessed by Iraq to the countries of the world, pointed out that Iraq is embarking on a new phase in construction and reconstruction and improving service reality of the country, that requires greater support to accomplish the task. His eminence appreciated Kuwait support to Iraq during the war against terrorism on regional and Arab levels, and stressed that dialogue serves solving regional crises, and escalations would harm countries and its people.
His eminence with Kuwaiti Prime Minister Sheikh Jaber Al-Mubarak Al-Hamad Al-Sabah also discussed means to enhance cooperation between Iraq and Kuwait, stressed that Iraq is in going through an portal of openness and rapprochement on regional and international levels that has not been witnessed over the past few years, and this calls for benefiting from it in anchoring Iraq's stability and independence that will positively reflect on the stability of the region.
At the meeting with First Deputy Prime Minister and Minister of Defense Sheikh Nasser Sabah Al-Ahmad Al-Sabah, his eminence stressed that Iraq has folded the page of terrorism and Iraqis today will not allow the return of terrorism to their country and "we are working to strengthen the military, social and political victories by achieving a comprehensive services and development accomplishments. His eminence appreciated stance of the State of Kuwait in support of Iraq in the fight against Daesh terrorism, and called for non-traditional remedies capable of confronting terrorism and extremist ideologies through security cooperation and exchange of information .