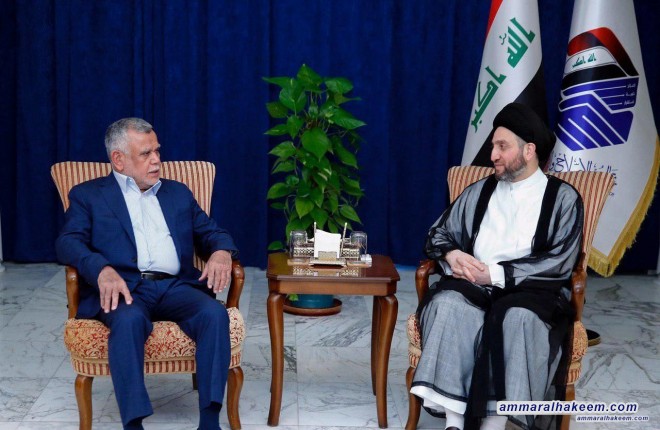 Head of the Reform and Reconstruction Alliance, Sayyid Ammar al-Hakim, in his office in Baghdad received Head of the Fatah Alliance, Mr. Hadi al-Amiri Thursday, May 16, 2019
His eminence with Amiri discussed latest political situation in Iraq and the region and completing the government cabinet.
His eminence stressed during the meeting the importance of filling vacant ministries with competent and professional personages, and stressed that the citizens should touch real services that restore their confidence in the state, and to implement the governmental program according to the time schedule that the government had promised the people and political powers.
His eminence also discussed with Amiri the recent escalation witnessed by the region, pointed to its serious repercussions, and stressed that Iraq has to have a pivotal role in calming the situation and resolving the existing crisis.