Meeting with Speaker of the Council of Representatives, Sayyid Ammar al-Hakim emphasize to enacting civic laws 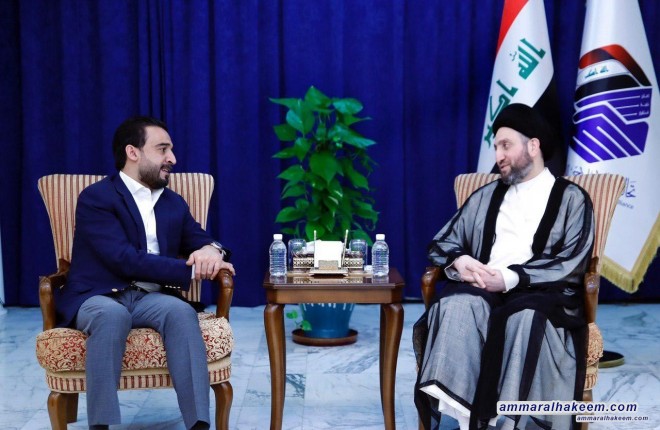 Head of the Reform and Reconstruction, Sayyid Ammar al-Hakim, in his office in Baghdad, received Speaker of the Council of Representatives, Mr. Mohamed al-Halbousi Tuesday 21/5/2019
His eminence with Halbousi discussed latest political situation in Iraq and the region. His eminence stressed that the Parliament is to perform its foreseeable role and enact important laws that directly touch the interests of citizens and provide their needs.
The meeting also covered developments in the American-Iranian escalation, that threatens the security and stability of the region and its economy in general. His eminence stressed that Iraq should play its pivotal role as a mediator to resolve and mitigate the crisis through all its official bodies, especially the government, parliament and political powers, and also to invest the good relations with both sides to perform this sensitive role