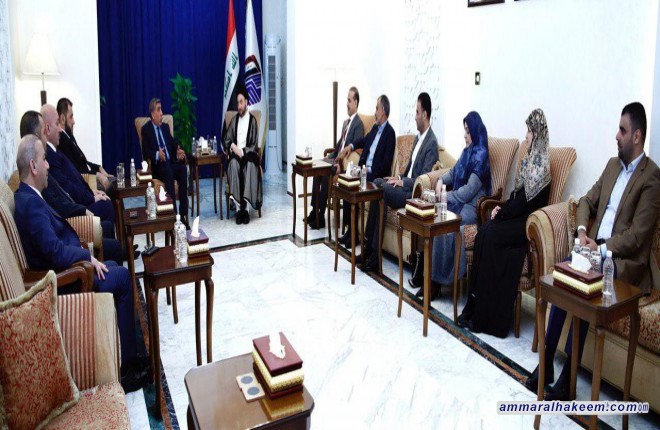 Head of the Reform and Reconstruction Alliance, Sayyid Ammar al-Hakim, met with the Political Authority of the Sadrist Movement Tuesday 21/5/2019
His eminence called on the government to share implementation progress of the government program, and urged to expedite concluding the ministerial cabinet.
His eminence with the delegation discussed the developments in the political situation in Iraq and the region, the American-Iranian escalation and the role of political powers towards this issue, stressed on expediting the completion of government cabinet and selecting competent and professional personages, and demanded the esteemed government to share the progress of the electoral program in accordance with the timelines that has been promised to people and the political powers.
Regarding the regional situation, his eminence reiterated that Iraq is exerting a qualitative effort to contribute to mitigate the the recent American-Iranian escalation, pointed out that Iraq will be the first and the most affected among the countries of the region if the crisis developed to war, called on all political powers to spare no efforts in order to prevent the outbreak of war and take the necessary steps to spare Iraq the complications of this escalation.