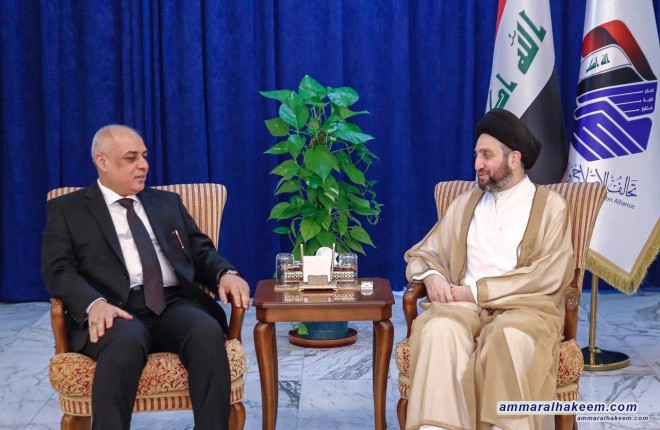 The Minister of Transport, Mr. Abdullah Luaibi, met with the Head of the Reform and Reconstruction Alliance, Sayyid Ammar al-Hakim in the Office of His Eminence Baghdad Saturday, 1-6-2019 Luaibi presented general ongoing work and future projects of the ministry. Sayyid al-Hakim stressed the need to support transport for its importance and vitality as an important source of economy, plus its tourism and civilization aspects. And his eminence stressed the importance of making the Iraqi citizen touch a qualitative leap in the performance of the ministry in its various services .
Sayyid al-Hakim also stressed the need to pay attention to the road transport and railways and work on implementing the railway project between northern and southern Iraq. His eminence also expressed his hope to start metro projects in Iraq as it is an important service that would facilitate transport between the provinces and keep pace with the development in the field of transportation.