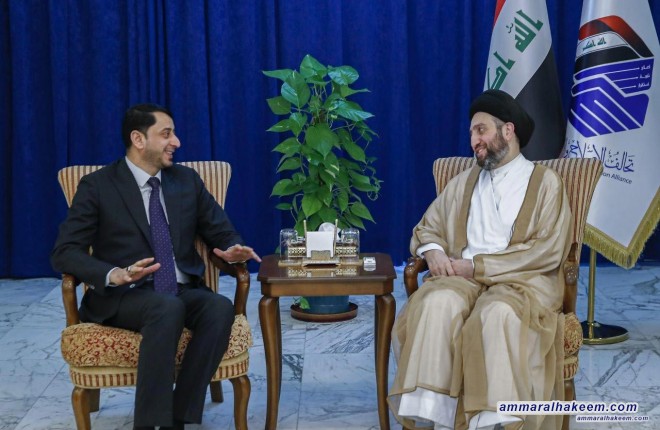 Head of the Reform and Reconstruction Alliance, Sayyid Ammar al-Hakim, in his office in Baghdad received Secretary-General of the Council of Ministers, Mr. Hamid al-Ghazi Saturday, 1-6-2019
His eminence called for developing administrative system and reconsidering the administrative structure of the state, reduce the red tape, bureaucracy, firmly combat financial and administrative corruption and hold corrupted people accountable and bring them to justice. His eminence also discussed the implementation of government program and the need to speed up its process in accordance with the timelines promised by government to the people and the political powers. Sayyid al-Hakim also stressed the importance of ending the proxy employment and assign highly competent and professional people to occupy special grades and terminate this issue.