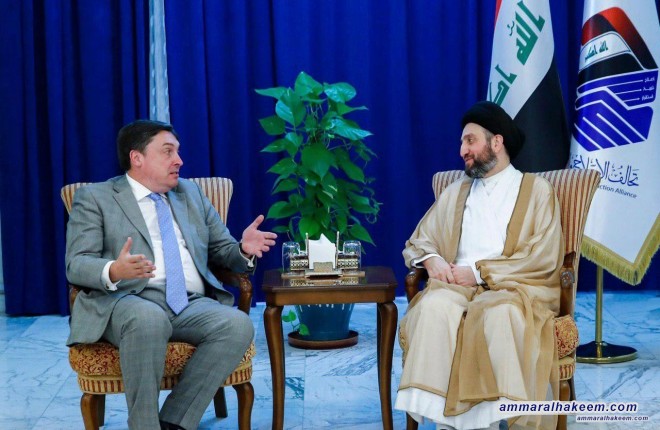 Head of the Reform and Reconstruction Alliance, Sayyid Ammar al-Hakim, in his office in Baghdad received the British Ambassador to Iraq, Mr. John Wilkes Sunday, 2-6-2019
His eminence with Wilkes discussed bilateral relations and developments in the political scene in Iraq and the region. His eminence reiterated Iraq distance from policy of axes when interacting with various regional and international issues and crises, and that the Iraqi decision is drawn according to the aspects of the Iraqi national interest.
Sayyid al-Hakim warned of the seriousness of the US-Iranian escalation on Iraq and the countries of the region. And called on all international and regional sides to contribute in mitigating the tension and spare the peoples of the region the scourge of wars and policies of sanctions and starvation of peoples.