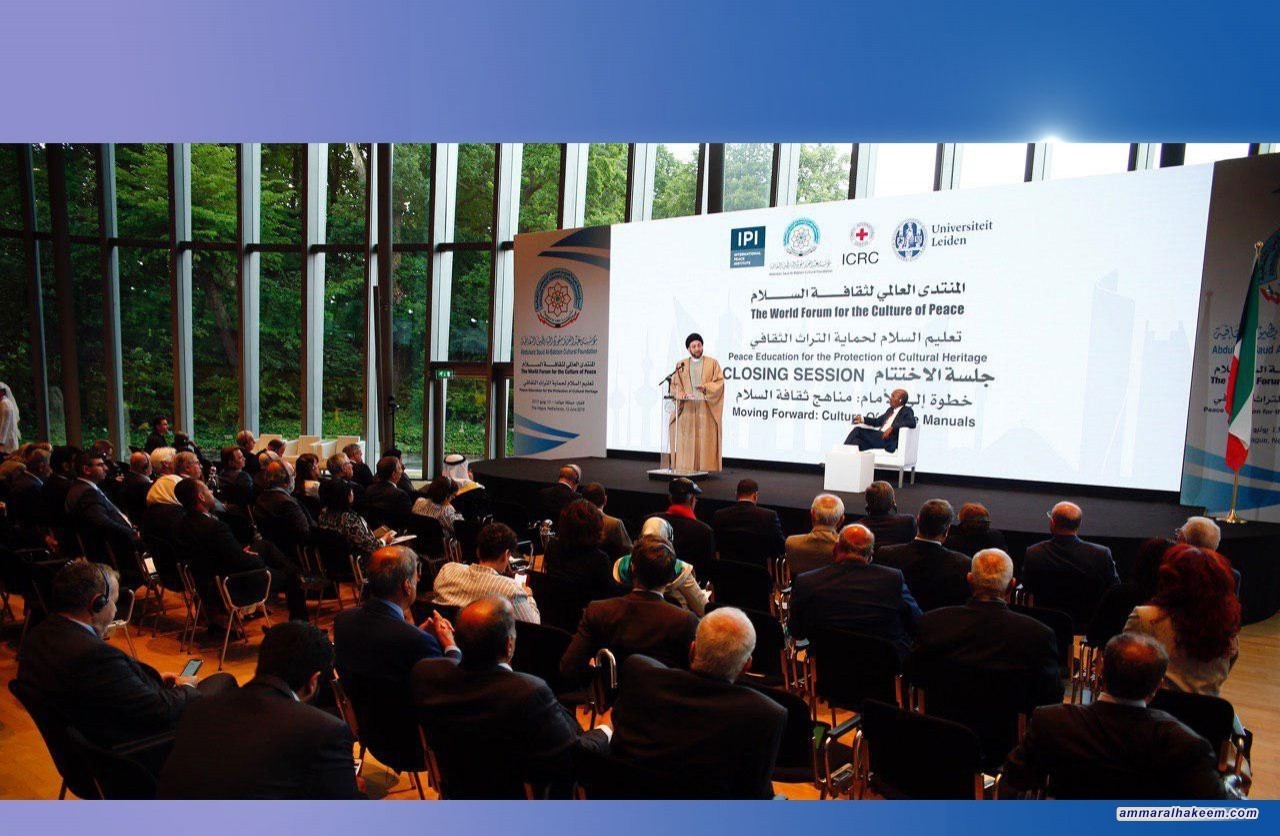 In the World Forum for the Culture of Peace: Sayyid Ammar Al-Hakim calls to keep the humanitarian cultural heritage

Head of the Reform and Reconstruction Alliance, Sayyid Ammar al-Hakim, attended the World Forum for Culture of Peace, organized by Al-Babtain Cultural Foundation in collaboration with other international organizations, held at the Peace Palace at the International Court of Justice in the Hague, the Netherlands, Thursday 13-6-2019
His eminence called to keep the humanitarian cultural heritage as it occupies a prominent and important position among peoples in the course of their lives in general and their history in particular.
Sayyid Ammar al-Hakim stressed that the cultural heritage of human, the material aspect (ie. monuments, museums, buildings and historical monuments) and non-material aspects (ie. customs, traditions, traditional crafts and folkloric and cultural festivals) is of great importance. It is a universal language, a message of peace, and a means of dialogue among different cultures and to learn more on how others live. His eminence also pointed out that "we are witnessing repeated attempts to destroy this heritage and erase it or blur its features, as the world is witnessing wars, conflicts, closed thinking and a blinkered visions when reflecting and think about this culture".