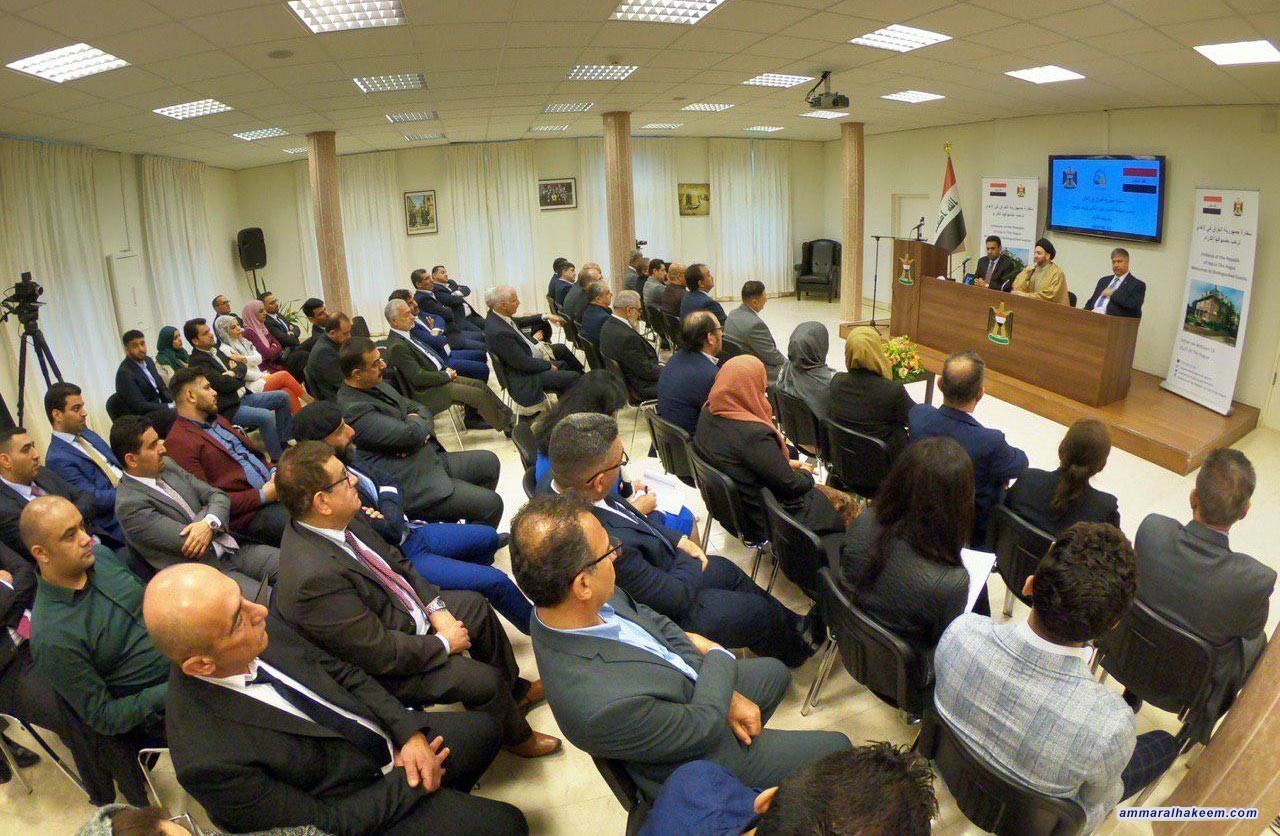 During a meeting with a selection of Iraqi community members in The Hague, the Netherlands Wednesday 12-6-2019, Head to the Reform and Reconstruction Alliance, Sayyid Ammar al-Hakim, reviewed the current Iraqi concerns and developments and positive changes that took place in Iraq, his eminence stressed that Iraq in 2019 is not like Iraq in 2003. Fourty nine percent of Iraqi people are under nineteen years and this proves that nearly half of the Iraqi people represent the post-dictatorship generation, called to recruit the large youth energy in Iraq in the right direction to promote the country.
His eminence stressed that Iraq witnessed in 2018 a strategic change, "departing ethnic and sectarian entrenchment that we witnessed in the political process, and we have two major alliances (Reform and Building), each of which includes political powers of different Iraqi components. The experience of the two major alliances led to the total absence of sectarian discourse in Iraq, because anyone who directs a sectarian discourse will face a problem with his allies in the Alliance to which he is affiliated with. This is a great achievement that many did not expect".
His eminence also stressed not to compare the situation of Iraq as a country that has lived 50 years of wars, siege and destruction with countries that have long been stable in the region. "If we compare Iraq with the various countries in the region that have undergone a shift in their system from dictatorship to democracy, we will find that our country is the most resilient and advanced despite the great challenges that exceed the challenges of those countries".

His eminence also stressed that the great victory achieved by Iraqi security forces of all kinds in the war against Daesh granted Iraq self-confidence, and this is a very important element for the success of peoples and nations. "It is natural that the ceiling of expectations of people when they emerge from war is very high, demand services and reform, and this is their right. And our people have the right to demand after the victory to provide the necessary services for them and actions must be done to ensure provision".
His eminence pointed out that authorizing the Prime Minister by a number of political powers to choose fit personages to occupy the posts in the government, posts that fall within political powers entitlements during elections, represents an important development praised by a number of representatives of other countries in Iraq as a unique situation not occurring in another country, despite of phenomena of corruption, big mistakes and challenges need to be addressed, "but shedding light on negatives and dilemmas creates the impression among people that everything in Iraq is a disaster".