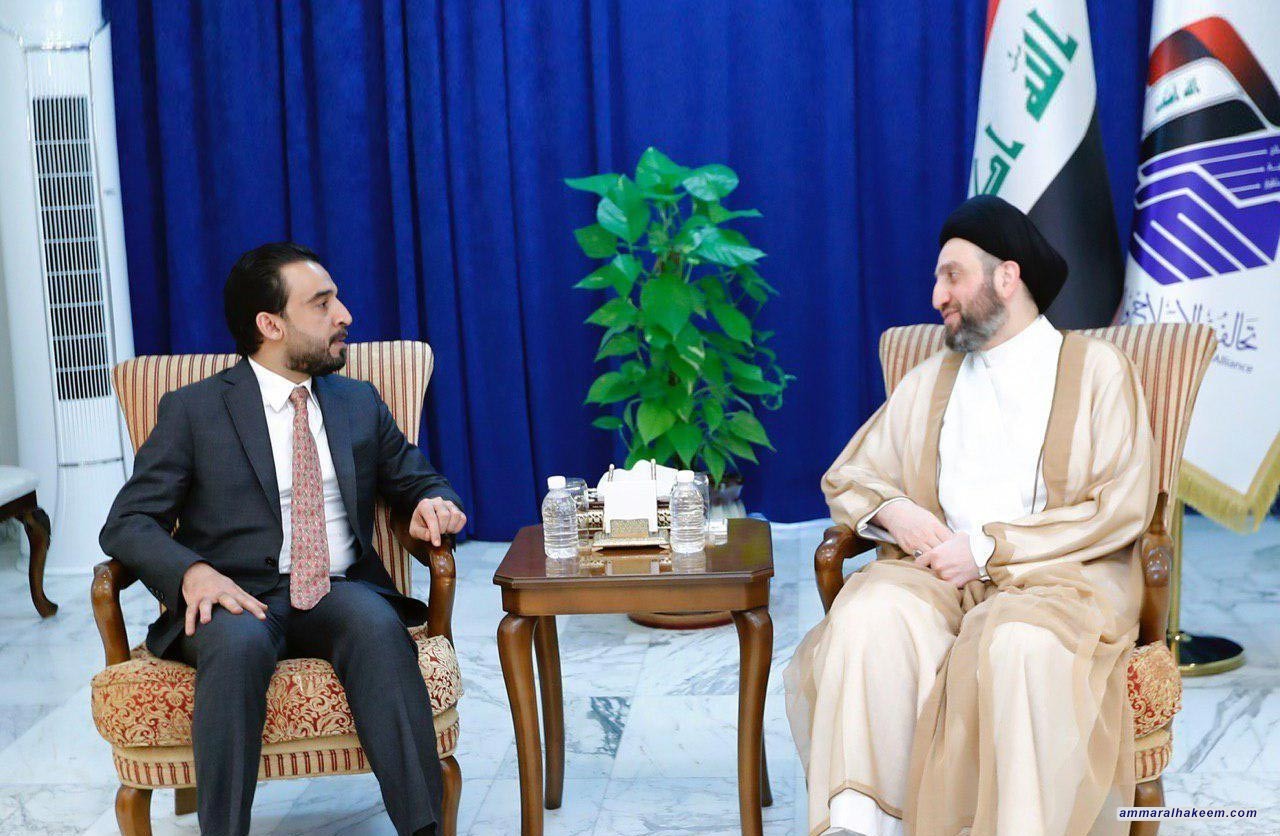 Sayyid Ammar al-Hakim to al-Halbousi .. The opposition is a strategic optiin and will create more systematic political process

Head of the Reform and Reconstruction Alliance, Sayyid Ammar al-Hakim, in his office in Baghdad received the Speaker of the Council of Representatives, Mr. Mohamed Halbousi Wednesday 19/6/2019
His eminence with Halbousi discussed developments of the political situation in Iraq at the executive, legislative levels and international relations.
His eminence indicated that the opposition is a strategic option that will enable the political process to be organized through the existence of an opposition parliamentary bloc capable of assessing, evaluating and diagnosing mistakes. His eminence indicated that The Council of Representatives is responsible for following up the government program and meeting the program deadlines as set by the government itself by which was granted the trust to carry out the implementation process, and called to provide services based on a maintained time schedule, and to be open with the people in regards of available resources and particularly electricity and jobs dossiers.
His Eminence emphasized passing important laws, especially ones that affect the structure of the political system, and the laws that directly serve the citizen, and reaffirmed the positive neutrality of Iraq towards regional scramble, emphasized ensuring the interest of Iraq, and expressed rejection of the policy of starvation and siege practices against peoples.
With regard to the government cabinet, his eminence stressed on concluding the remaining posts as soon as possible by the parliamentary blocs in support of the government, and called for giving opportunities to Iraqi competencies and stay away from quotas.