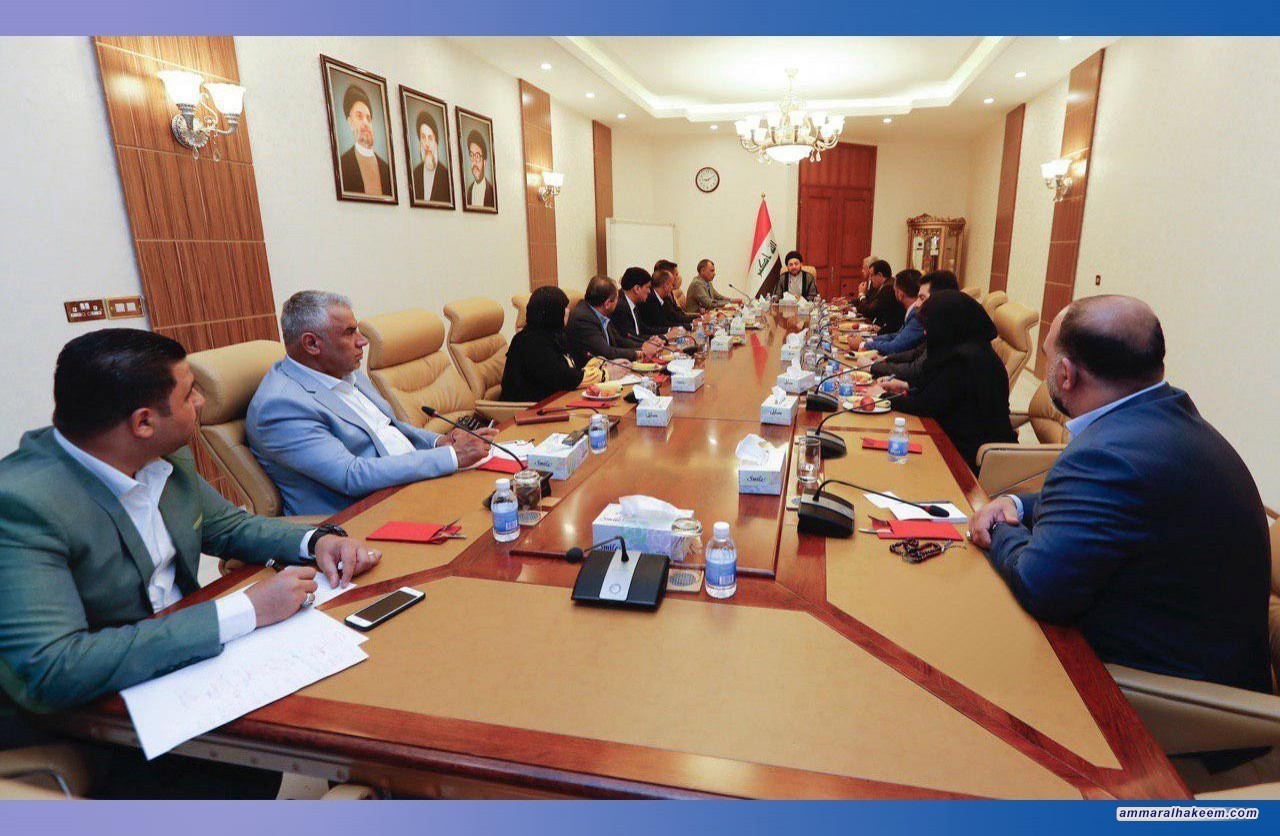 Head of the Reform and Reconstruction Alliance, Sayyid Ammar al-Hakim, chaired Al-Hikma Parliamentary Bloc meeting, meeting held in his office in Baghdad Saturday 22/06/2019
His eminence called on the - Hikma bloc to express the aspirations of the public and and demand provision of services, urged the members of the bloc to make field visits so to be close to the public.
His eminence called to activate Iraqi Council of Representatives role and pass important laws, especially laws with direct impact to the daily requirement of citizens, pointed that all bear responsibilities towards the political and service reality in Iraq.
Sayyid Ammar al-Hakim explained that going to political opposition represents a constitutional step, which evaluate the government and monitor performance, pointed out that the that opposition supports the political system and the Iraqi state. Opposition is a strategic option, one of the two wings of democracy and one of the tools to consolidate democracy.
His eminence stressed that "the reality of services is complex, there is service deficit in more than one side" . His eminence called on MPs to focus on priorities and to make coordination with local governments to overcome obstacles to achieving aspirations of the people.