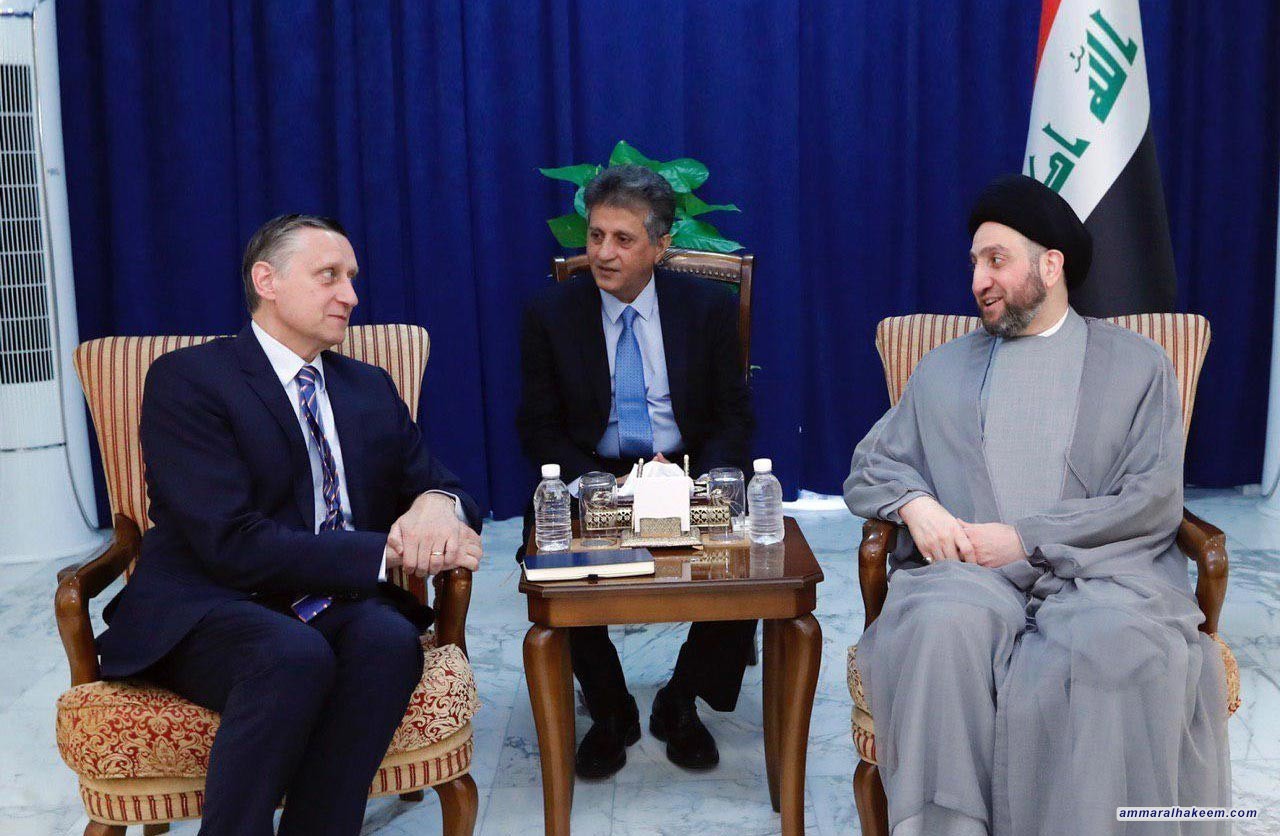 Head of the Reform and Reconstruction Alliance, Sayyid Ammar al-Hakim, in his office in Baghdad, received the Ambassador of Germany, HE Cyril Nunn Sunday, June 23, 2019

His eminence with Nunn discussed political developments at the local, regional and international levels. His eminence indicated that general progress in Iraq is a positive path in consolidate democracy and accumulate positives.
His eminence emphasized that the political opposition adopted by the Al-Hikma National Movement is necessary at the current stage and a strategic option for the integrity of the political system and in completing all pillars of the political system, reiterated rejecting the policy of starvation and siege of peoples, urged the countries of the world to shoulder their responsibilities to avoid any clashes in the Middle East, and reminded everyone that unrest of the Middle East is not confined to its geographical location and suffered by the entire world and will remain if wisdom and dialogue was not practiced by all sides.
Sayyid Ammar al-Hakim wished Ambassador Nunn all success after the end of his mission in Iraq and success to his successor, praised the role of all those who supported and assisted Iraq during the period of confrontation with Daesh.