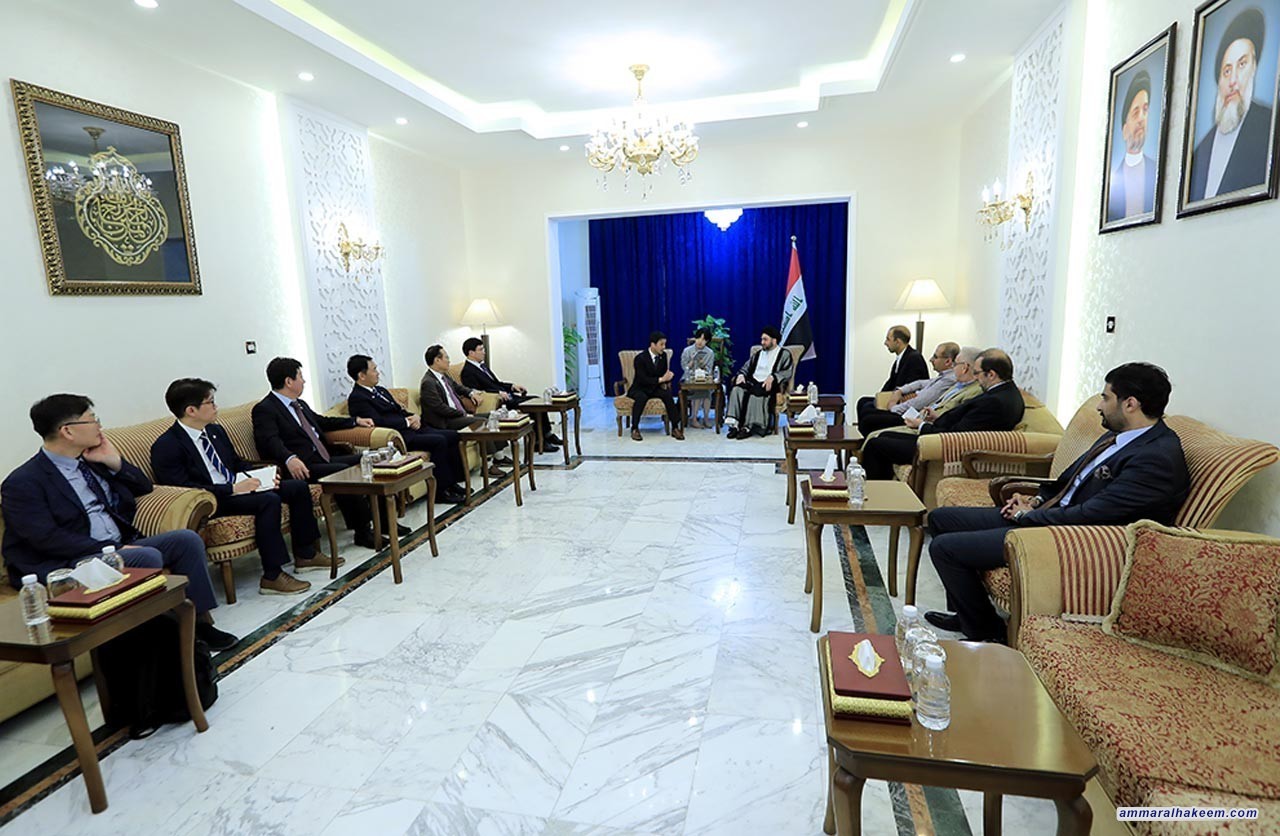 His eminence and discussed latest political situation in Iraq and the region, stressed the importance of investing communication between Iraq and South Korea and the mutual opportunities between the two sides considering that Iraq has a lot of investment opportunities. His eminence called on South Korea to seize these opportunities and emphasized that the South Korean presence carries no consequences.
His eminence praised the role of the South Korea government in supporting Iraq during the war, added that Iraq has fought a fateful battle on behalf of the entire world, which has affected Iraq's infrastructure, and everyone bears the responsibility of supporting Iraq in its recovery.
His eminence explained the nature of the political opposition carried out by the Al-Hikma National Movement, indicated that it is a constitutional political opposition aimed at monitoring and evaluating the performance of the government and building the state on a sound basis.