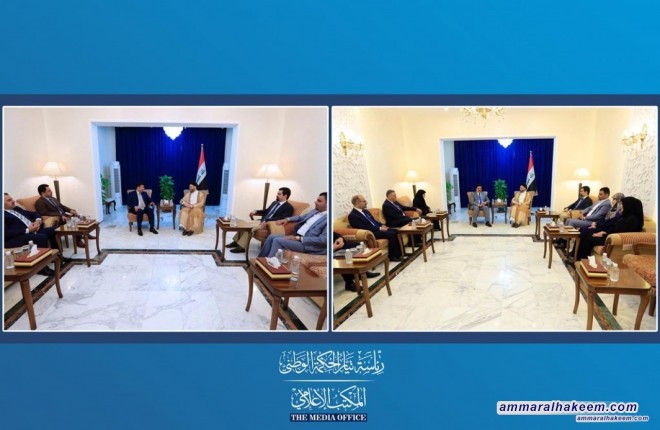 Head of the Al-Hikma National Movement, Sayyid Ammar al-Hakim, in his office in Baghdad, received delegation of the Reform and Reconstruction Alliance delegation and the Nahdat Jeel [Renaissance of Generation] delegation, each on a different meeting, Wednesday 3/7/2019
His eminence discussed latest political situation and forming political opposition.
His eminence indicated that the opposition is constitutional and aims at objective evaluation of government's performance, end quotas and political consensus in the country, stressed the importance of empowering young people and women.
His eminence called to intensify efforts and support the opposition as an Iraqi national project owned by the political system, stressed the importance of opposition's presence in the next phase for the integrity of the political process.