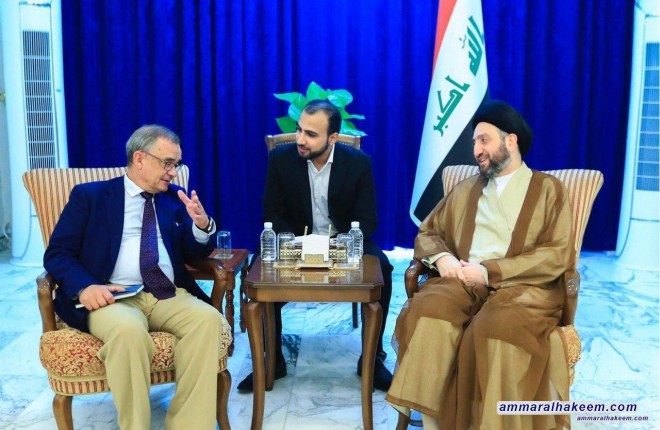 His eminence with Escobar discussed relations between Iraq and Spain, developments in the political scene in the region and the nature of opposition adopted by the Al-Hikma National Movement, and emphasized that Iraq seeks to build solid relations with the countries of the world based on the Iraqi national interest and common interests.
His eminence stressed the importance of European and Spanish companies presence to participate in the reconstruction. And regarding political aspects, his eminence stressed the need to push away the state of tension experienced by the region, warning of serious repercussions that might impact all and that these risks will not be geographically limited.
His eminence pointed out that the national opposition adopted by the Al-Hikma National Movement represents a political approach and legal and constitutional right, praised the decree of the Federal Court that expressed the constitutionality of the opposition, and reiterated that the opposition aims to evaluate the political process and monitor the government performance and face political exclusivity.