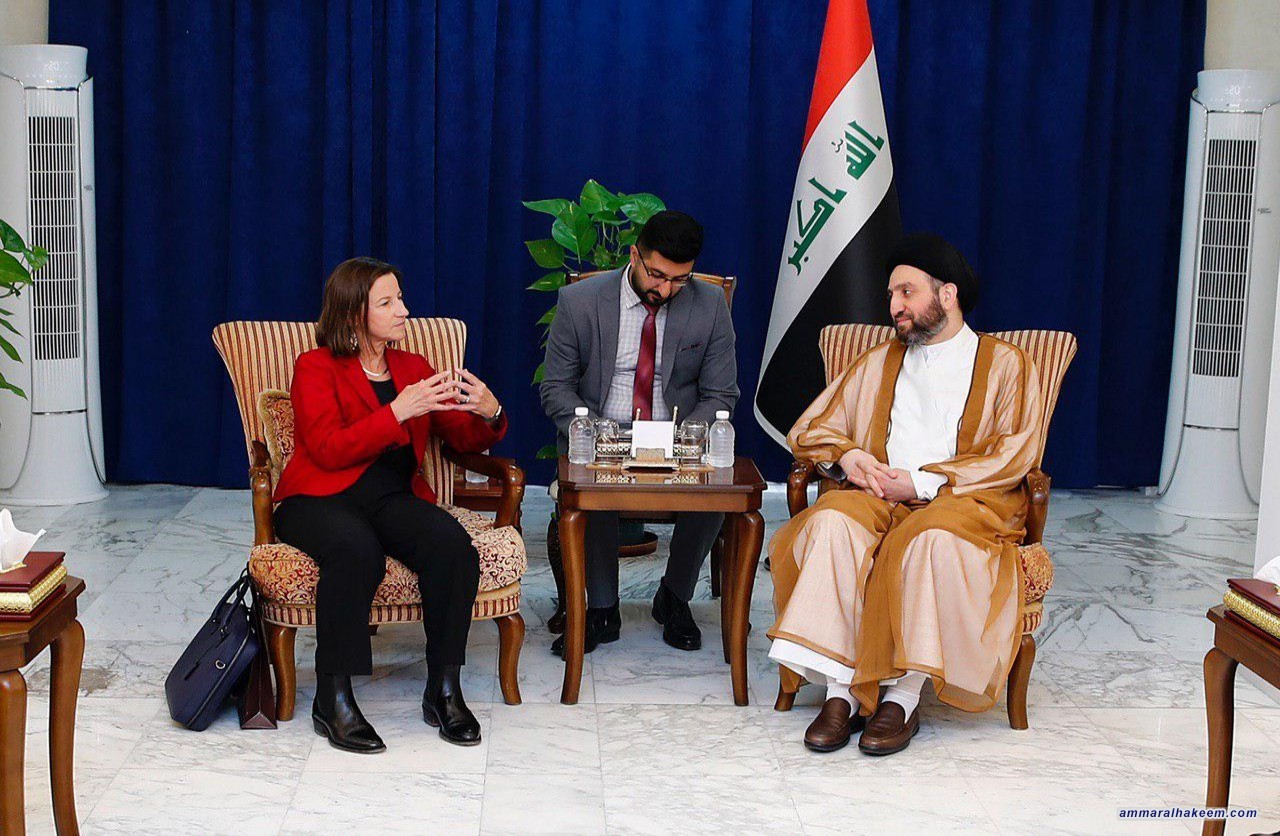 Head of the Al-Hikma National Movement, Sayyid Ammar al-Hakim, in his office in Baghdad received the Australian ambassador in Baghdad, Joan Lundis Monday 5/8/2019
His eminence with Lundis discussed birateral relations between the two countries and means of developing them in all fields, and development of political situation in Iraq and the region.
His eminence pointed out that the opposition adopted by the Al-Hikma National Movement is a constitutional and legal right aimed at correcting the political process, highlighting the wrong paths, evaluating government performance and push to provide services to citizens. His eminence stressed that the upcoming local elections represent an important step in consolidating democracy in Iraq, called to commit to the announced timings and prepare needed logistics to ensure its success.
Regarding regional aspects, his eminence stressed the importance of truce, warned that escalation will serious serious and dire consequences that impact all countries without exceptions.