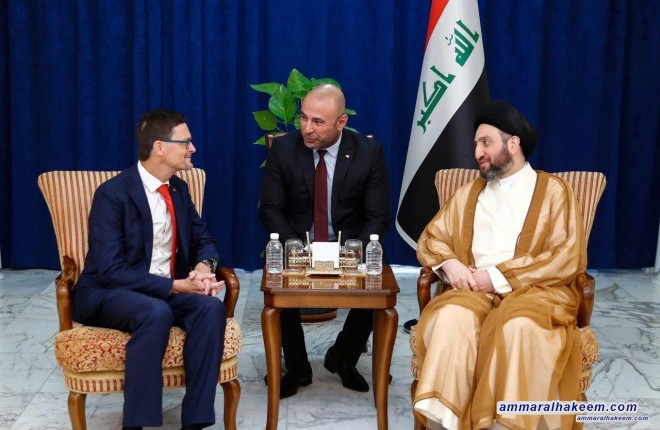 Head of the Al-Hikma National Movement, Sayyid Ammar al-Hakim, in his office in Baghdad received the Canadian ambassador in Baghdad, HE Robert Gibbard Wednesday 7/8/2019 who the first Canadian ambassador in Iraq
His eminence with Gibbard discussed Iraq and Canada bilateral relations and ways to strengthen them and investing opportunities that Iraq offers in all fields, and covered the development of political issues in the region and the world.
His eminence stressed that the next challenge facing Iraq after turning the page of the military challenge with Daesh gang is the challenge of services and the need to make extraordinary efforts to promote services, pointed out that the opposition of the Al-Hikma National Movement is political and constitutional, to diagnose mistakes and seeks to correct the course of political system and maintain its stability, wishing the Canadian Ambassador success in his mission .