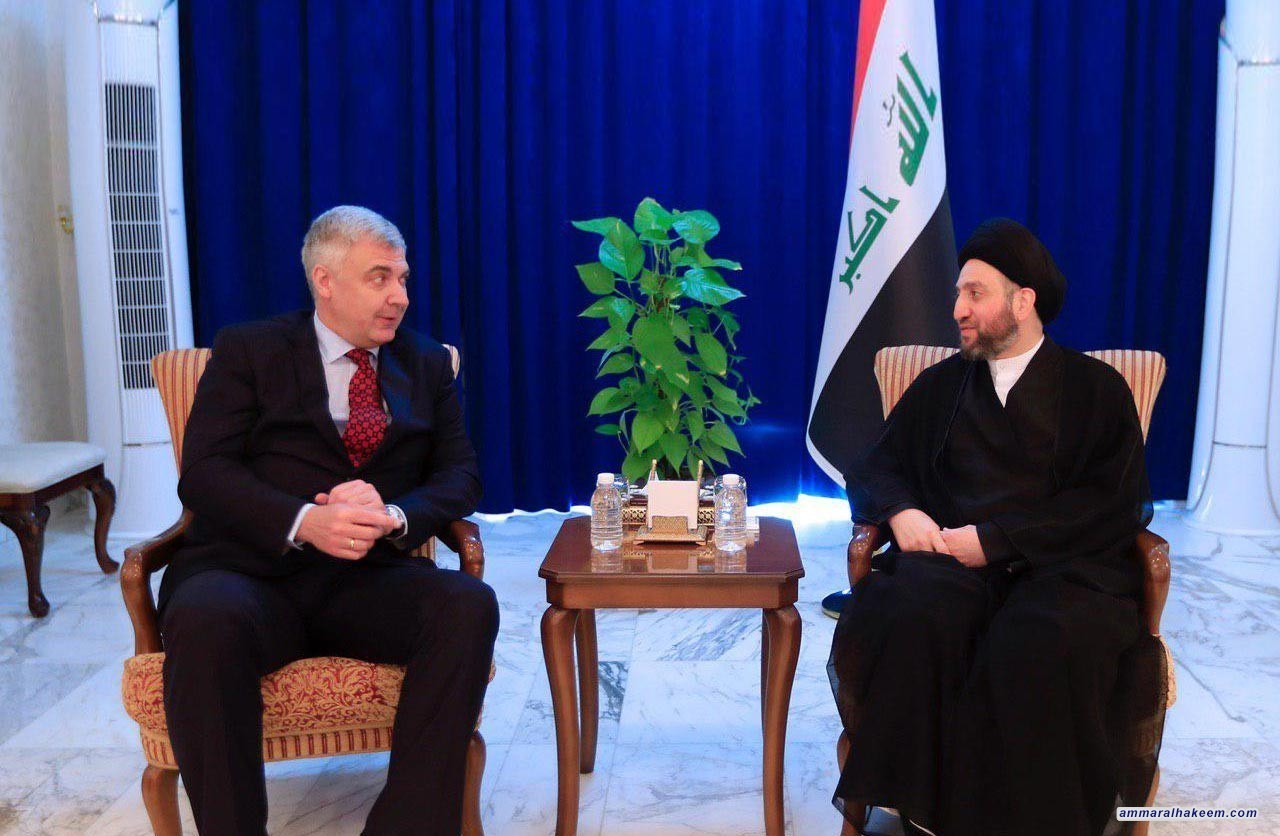 Head of the Al-Hikma National Movement, Sayyid Ammar al-Hakim, in his office in Baghdad, received the Ambassador of the Russian Federation, HE Maxim Maximov Sunday, 8/9/2019
His eminence with Maximov discussed latest political issues in Iraq and the region, the international situation, the nature of the opposition adopted by the Al-Hikma National Movement, as well as bilateral relations between Moscow and Baghdad.
His eminence explained the importance of sparing the region the danger resulting from clash and escalation, and called on everyone to invest all resources so that the peoples of the region and the world enjoy prosperity and security, and warned of the consequences of escalation that impacts all.
Locally, his eminence pointed to the nature of the political opposition adopted by the Al-Hikma National Movement, reiterated that the opposition is constitutional within the political system and aims to correct and rectify course of action and monitor the performance of the government, pointed out that opposition has made great strides in this framework and witnesses an important political and social expansion.
With regard to bilateral relations, his eminence called for investing the promising opportunities possessed by Iraq in the field of investment, stressed that Iraq is open to all, taking into consideration the consistency of common interests between Iraq and its neighbors and countries of the world.