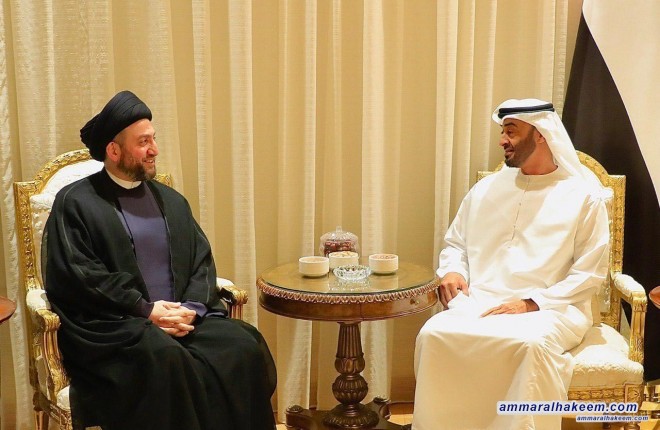 Head of the Al-Hikma National Movement, Sayyid Ammar al-Hakim, met with Sheikh Mohammed bin Zayed al-Nahyan, Crown Prince of Abu Dhabi and UAE deputy commander-in-chief of the armed forces. His eminence with Nahyan discussed latest political and security situations in the region and issues of common concern between Iraq and the UAE.
His Eminence showed during the meeting the importance of calmness and dialogue to resolve the problems of the region and spare the region conflicts, and also discussed bilateral relations between Baghdad and Abu Dhabi and ways to develop them aiming to the interests of the two countries and the interests of the two brotherly peoples.