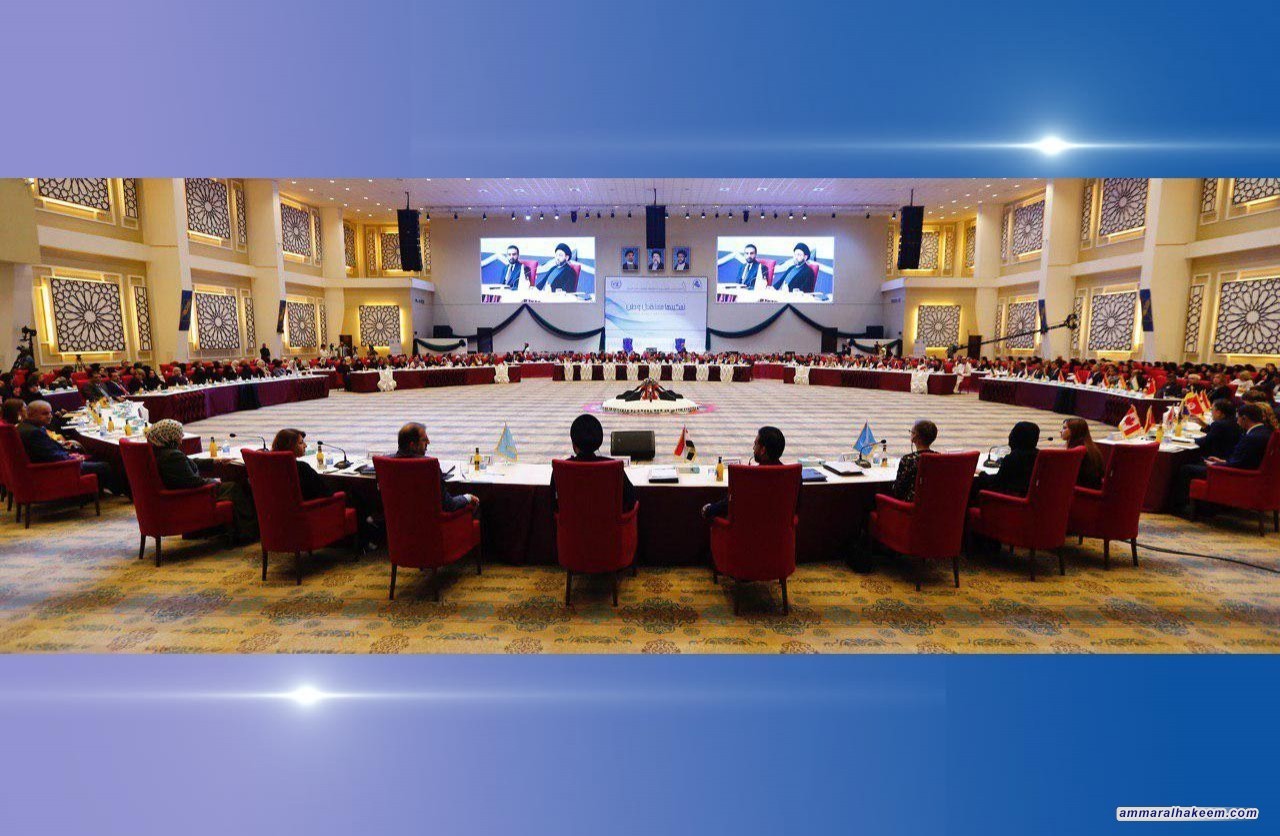 Sayyid Ammar al-Hakim: We are surprised how the government dealt with statements of the Minister of Health and we stress dismantling mafias of corruption

Sayyid Ammar al-Hakim expressed his regret regarding statements of the Minister of Health that indicated being subjected to pressure and harassment from mafias of corruption that are spread in one of the most important sectors of service, which was casually circulated and with limited reactions, and indicated that resignation of the Minister of Health is expected to constitute a resounding shockwave in the stagnated government waters, and not end with an indefinite leave!, called on the government to fully adhere to the government program that presented and was approved by the House of Representatives and consider it a key figure in evaluating its performance, stressed the need to start dismantle the widespread corruption mafias in the service sectors as a top priority and in a focused manner, due to direct impact on the lives of citizens. His eminence called for a national campaign to conduct a census for women, rights need to be known, urged civil society organizations interested in women's affairs to take the initiative carrying out this campaign, and assisting government agencies that suffer from obstructive routines and ignore political sensitivities that may hinder any project aimed at informing society of facts on ground.
His eminence on the Islamic Day for the Elimination of Violence against Women Saturday, 28 September 2019 condemned and denounced the use of violence in dispersing peaceful demonstration of graduates in Baghdad, considered this act a dangerous step that is not in line with the democratic behavior (the stifle of elites is a plight), held the government security agencies accountable for the safety of demonstrators, and called on the to develop logical solutions and remedies for their demands, and his eminence expressed solidarity with the people in their legitimate demands, concerns and daily suffering.
His eminence warned of the danger of the Iraqi government using committees, cells and secondary or shadow figures to replace many institutions and government ministries in terms of decisions making, follow-up and implementation on medium and long term, pointed out the importance that the government prioritize reforming, strengthening and evaluating institutions and not neglecting them or go beyond it or replacing it, indicated that what happens at this particular point is a dangerous indicator of the government's inability to manage and handle, and resort to sideline files and random distribution of powers instead of overcoming problems and dismantling crises according to clear contexts and solid plans, called for paying attention to all Iraqi provinces in a fair and balanced manner as it is the correct basis on which the government should follow to move away from bias, politicization and compliments, and reiterated his call for attention to liberated areas and areas of liberators in Kurdistan and central and southern Iraq in a balanced way as well. And added: "Everyone should feel that he is a first-class citizen of this country and we do not accept any new social strata that affect social justice," warned of increased sectarianism, regionalism, ethnocentrism and bidding considering the upcoming provincial council elections in the near future, and called to fight them as "We are at the beginning of the electoral process,".

His eminence stressed on the firm position of the Al-Hikma National Movement in the face of any attempt to escalate sectarianism or ethnocentrism that is aimed to harm national unity for favor of casual or transient gains, reminded that the unity of Iraq and Iraqis was preserved through the great sacrifices made by the sons of Iraq of various sects, religions and ethnicities, stressed ”this is a red line that should not be crossed”, and called on the Electoral Commission to establish strict regulations to exclude candidates and lists that take the sectarian, ethnicity and other tendencies as an electoral project to win votes at the expense of the blood and cohesion of Iraqis.
His eminence pointed out that the internal and external economic indicators indicate that Iraq faces a large financial deficit, accumulated debts and mismanagement, and is still going in a single rentier state and a broad government monopoly, pointed out that the great service and urban renaissance needs an economic policy that addresses these complex and accumulated crises that are strangling and slow killing Iraq, and added: "While we welcome Iraq's openness to major global economies, we warn against resorting to large investments without clear financial covers of payments, which endanger the future of Iraqi generations, mortgage national wealth and risk Iraqi sovereignty”, and called for balanced international economic relations.
His eminence stressed the need for human development before any other types of development, added "a society cannot grow and women are shackled and broken and with confiscated rights," and put women's issues at the top of the priorities, stated that "we firmly believe that building a good citizen is based on building conscious women, and that consolidation of the concept of citizenship begins with consolidation of the concept of social justice, and social justice will be achieved only with the equity of women, because it is the main pillar of society."
His eminence highlighted the role of women in upbringing generations on psychological and national level, urged women by saying, "Sow love of homeland and introduce them to the good of Iraq, the homeland needs them, we are in dire need for generations that love their homeland, people, history, that dream and seek to change for the better future, and this only happens through proper upbringing at home, school and community."
His eminence warned of the loss of new generations due to frustration or weakened national feeling, “the promising generations and the young people of Iraq are the ones who will make the difference and the desired future”, explained that Iraq has been through severe security, economic, political, cultural and social crises for decades, and was not able to overcame them except with cohesion, and called on to adhere to this quality so that Iraq overcome the remaining pain and wounds towards a secure, stable and prosperous future, warned of a serious threat targeting Iraq's historical strength and family cohesion, which will be caused by high divorce rates according to official statistics, pointed out that Iraq overcame greater crises thanks to the solidarity of his sons and their collective steadfastness.

His eminence indicated that Iraqi women are waiting for big and important roles and added: “Unfortunately, women are not active yet, and despite the democratic climate in our country, women are still predominant underseen in many settings, even within the political movements, interacting with the reality of women is limited to the concept of parliamentary quotas and investing their existence as a guaranteed parliamentary number”, described this as evidence of the level of shortcomings in women's political perception, role and space. And “that the political movements are still jammed with traditional narrow perceptions”, pointed out that the Islamic vision and the approach of political wisdom strongly support the idea of creating a society based on the existence of women according to criteria that prevent violating their privacy as a woman, mother, homemaker and wife, Iraqi women have opened up to them all, the humanitarian and social spheres and all positions of responsibility, and the constitution keeps and guaranty their rights, and added " but the society remains a failure to protect women, respect their privacy and safeguard their rights unless it is supported by a number of legislation, executive measures and key legal instruments."
His eminence explained that the concept of violence against women is not limited to physical practice of beating, abuse or moral humiliation, but also includes denial of rights imposed by God almighty to women, added that "if beating, physical abuse and moral violence represent a barbaric form of behavior between human beings, which may cause damage and direct harm to the victim, the denial of rights undoubtedly has a negative and significant impact on society and prevents it from progressing and integration," recalled the rejection of Islam to such practices and rejection of all human norms and statutory laws.