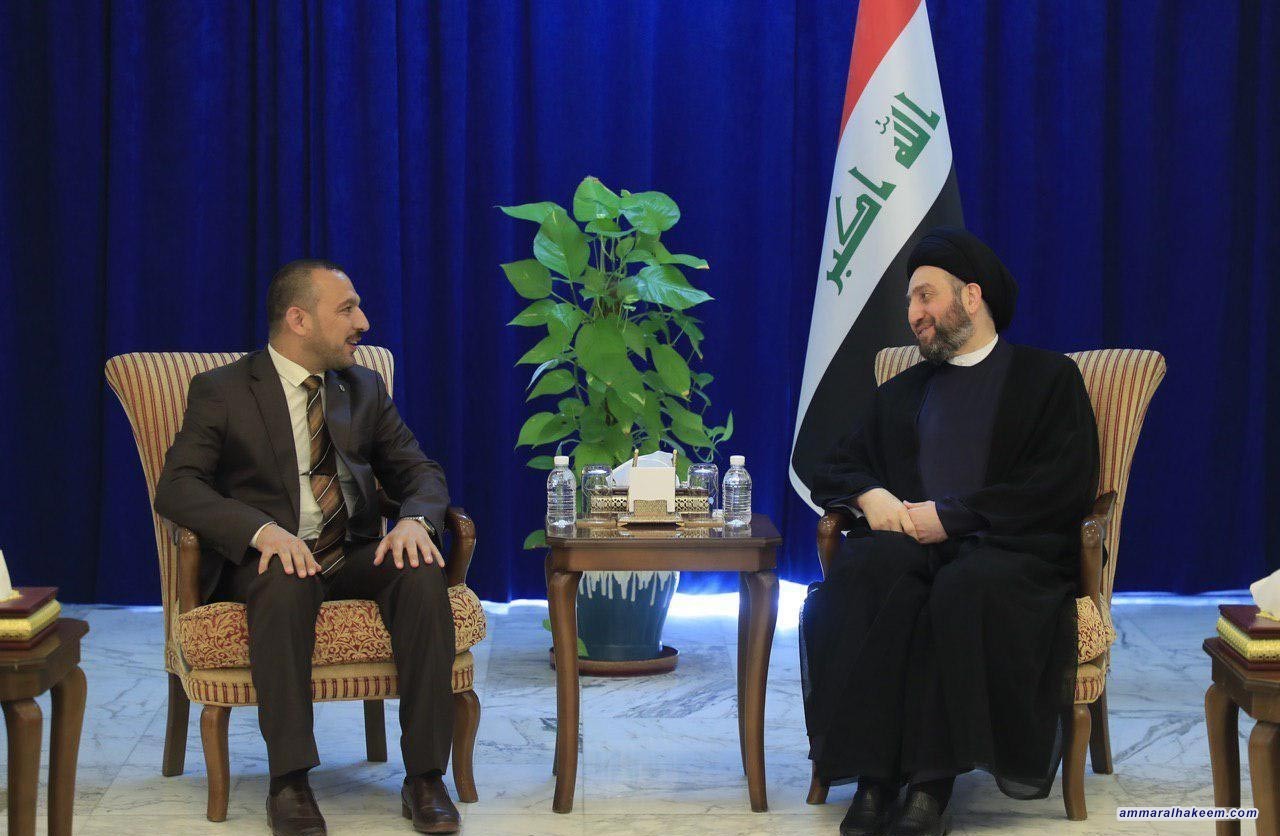 Head of the Al-Hikma National Movement, Sayyid Ammar al-Hakim, met with a delegation of the Balad district headed by MP Mohammed al-Baldawi in his office in Baghdad Sunday, 29/9/2019
His eminence praised the historic heroic role of the people of Balad district in Salah al-Din province in confronting dictatorship and terrorism of Daesh.
His eminence with delegation discussed the reality of service and community and ways to improve them through participation of all sides.
His eminence stressed the importance of preserving the cities that are experiencing sectarian and tribal diversity, stressed that Iraq need this type of cities as they represent an icons of peaceful coexistence, called on the local government in Salah al-Din and the federal government to pay attention to the city of Balad and its holy sites and promote its service and development status.