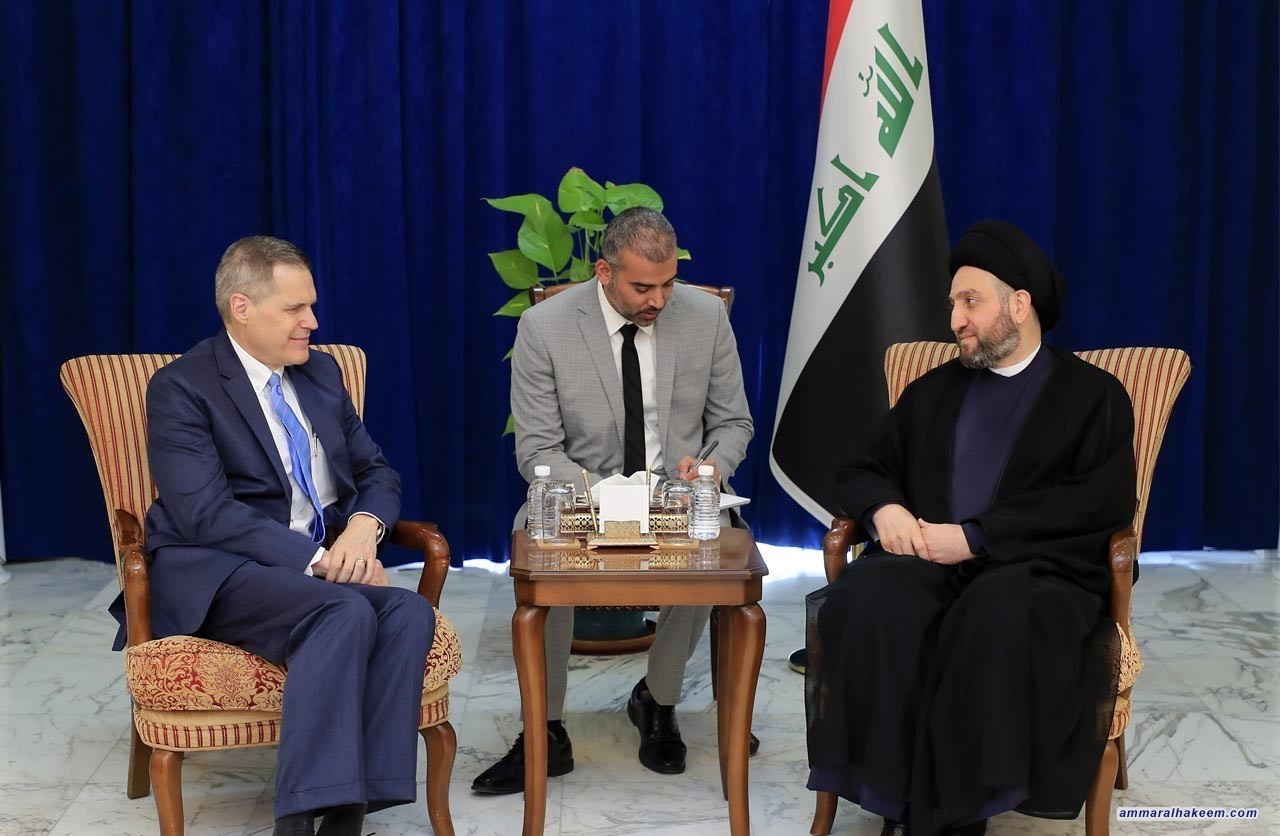 Head of the Al-Hikma National Movement, Sayyid Ammar al-Hakim, in his office in Baghdad, met with the American ambassador in Baghdad, HE Matthew Tueller Wednesday, 9/10/2019
His eminence with Tueller discussed latest political situation in Iraq and the region and bilateral relations between Iraq and the United States of America.
His eminence renewed his stance in support of peaceful demonstrations and meet the demands of the demonstrators, stressed scheduling and finding real remedies for demands, without patching remedies, called on the House of Representatives to assume it's responsibilities to pass laws that supports the reform process.
His eminence stressed the importance of opening Iraq to all in a balanced manner and in accordance with the principle of Iraqi interest, called for calmness and spare the region conflicts that will affect all.