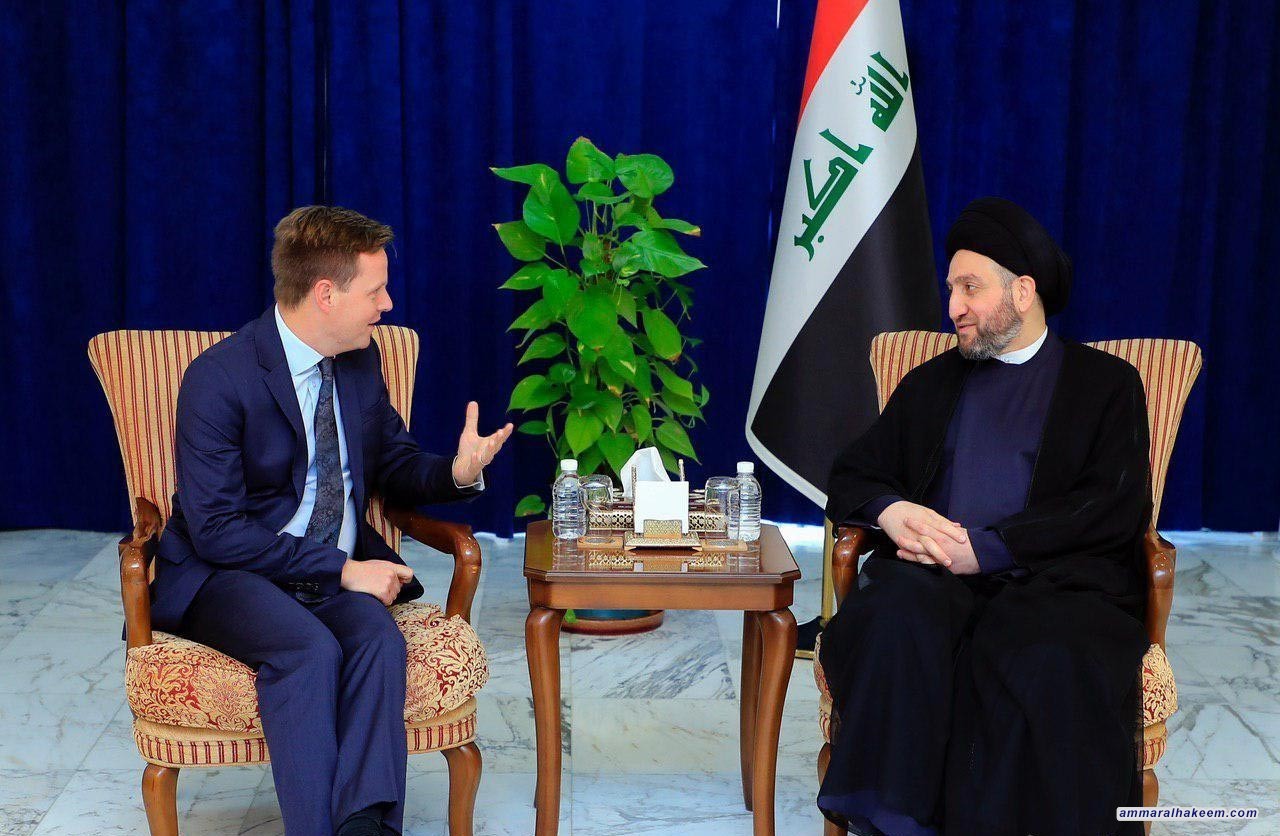 Head of the Al-Hikma National Movement, Sayyid Ammar al-Hakim, in his office in Baghdad, met the new British ambassador in Iraq, HE Stephen Hickey Wednesday 20/11/2019
His eminence stressed to invest in the period of time given for the Council of Representatives and the government to carry out all points mentioned in the document signed by political powers in a respond to demands of the peaceful demonstrators, expressed support for the rightful demands of the demonstrators.
His eminence indicated that demonstrations is a healthy situation in democratic systems, and the Constitution of Iraq affirmed the right of citizens to express their views through peaceful demonstrations. The government is obligated to provide safe environment, protect and answer the demands of the demonstrators. And demanded the government to bring who attacked demonstrators and security officers to justice. His eminence wished the new ambassador all success in his diplomatic mission, and pointed out that Iraq is open to all to achieve common interests.