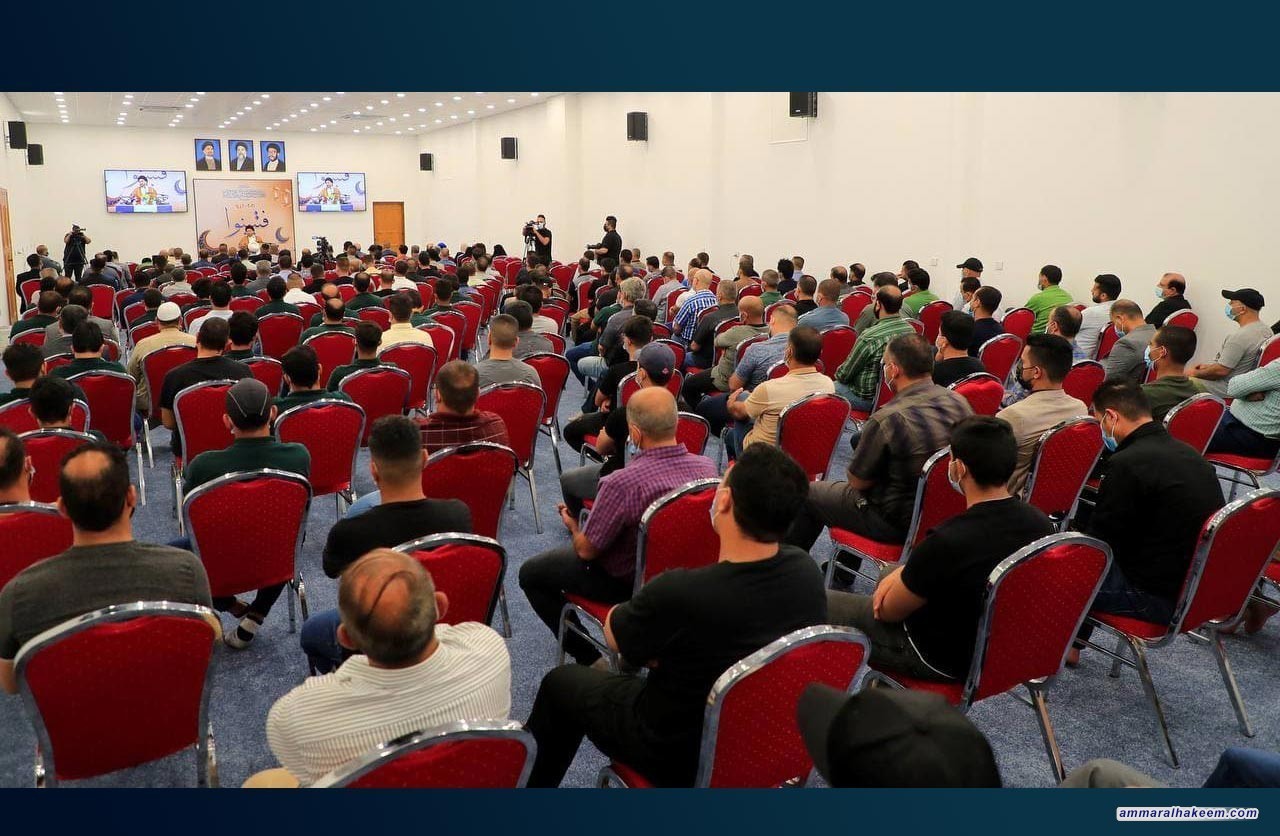 Fourth Ramadan lecture: Sayyid Ammar Al-Hakeem, One of The Effects of disobedience: demise of blessing, remorse, confusion and stray

Sayyid Ammar Al-Hakeem, head of the National Wisdom Movement, continued in the fourth Ramadan lecture, Tuesday 20/4/2021, on the consequences of sin, and mentioned with Quranic evidence that the perpetrator of sin is distinguished by mockery of others, especially the ones who avoid sinning, those with integrity and commitment, indicating also that the Qur’an refers to exposing the sinner. His sinning will be visible to others, pointing out that among the consequences of sinning is the demise of blessing from the sinner, as well as remorse and wishing for it to end when their sins are shown to them on the Day of Resurrection.
His Eminence explained that among the other consequences of sin is confusion, stray, instability, as well as adversity, nervousness and discomfort, in addition to that sin creates a barrier between the sinner and Allah Almighty, drawing attention to the sinner, that he does not always obey the righteous path, and that disobedience results in drought, water scarcity, and shortage and or disruption of livelihood as well.