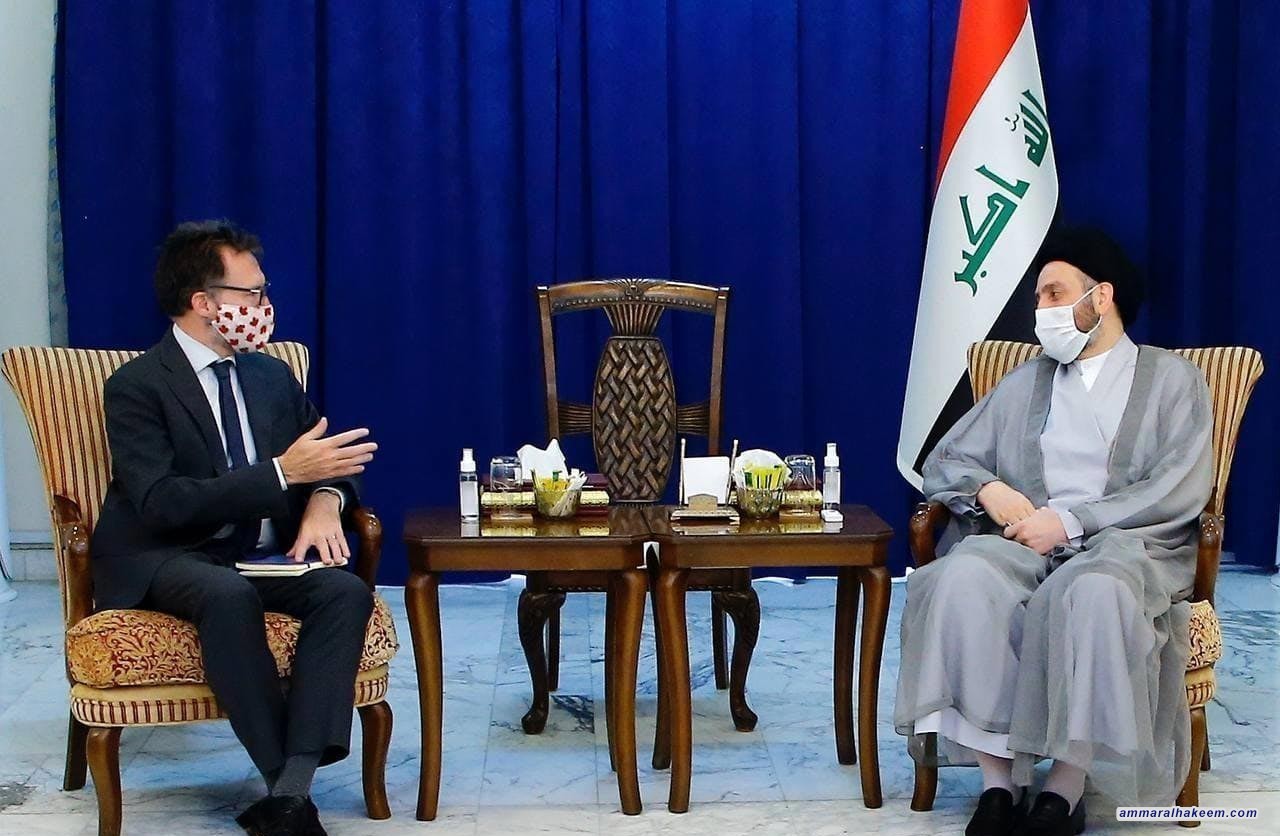 Sayyid Ammar Al-Hakeem, head of Al-Hikma National Movement, continued his speech in the days of commemoration of the martyrdom of Ameer Al-Mou’mineen (the Commander of the Faithful), Imam Ali “Peace Be Upon Him” on Wednesday 5/5/2021, and mentioned what the Commander of the Faithful said about the common characteristics between officials and parish in which the building of a good society and a righteous community is achieved. He ended with the description of asceticism that must be met by the official and in the parish, including what Ameer Al-Mou’mineen “PBUH” Said when describing his asceticism: “Your Imam is content with his earthly life by two worn-out cloaks, and with his food by two loafs of bread.” And his advice to the nation to leave all and stick to piety, diligence, chastity and repayment.
His Eminence explained what the Commander of the Faithful said in describing the safe and secure, where Imam Ali "PBUH" believes that the safe is that which is content with the world with what is sufficient for him, which is contrary to the glutton, scrambling over positions, ranks and capabilities. yet that one who suffices from this world, when he arrives becomes an official, you witness that he is keen on Justice and not oppressing anyone in exchange for preserving his status, referring to the third common characteristic between the official and the parish, which is patience, and as the Commander of the Faithful expresses that it is a ship of deliverance, and to faith it is like the head to the body.
Ameer Al-Mou’mineen “PBUH” describe those who are patient, they glorify the creator, belittle anything underneath the Allah Almighty, dignified when in challenges, patient when in trouble and thankful when prosperous. In addition to their accumulation, their integrity, and their piety, as the Commander of the Faithful describes what he went through and how he was patient after his rights were stolen, which is the right of the nation, he left it only for the sake of the nation’s unity and keeping it away from conflict and rivalry.