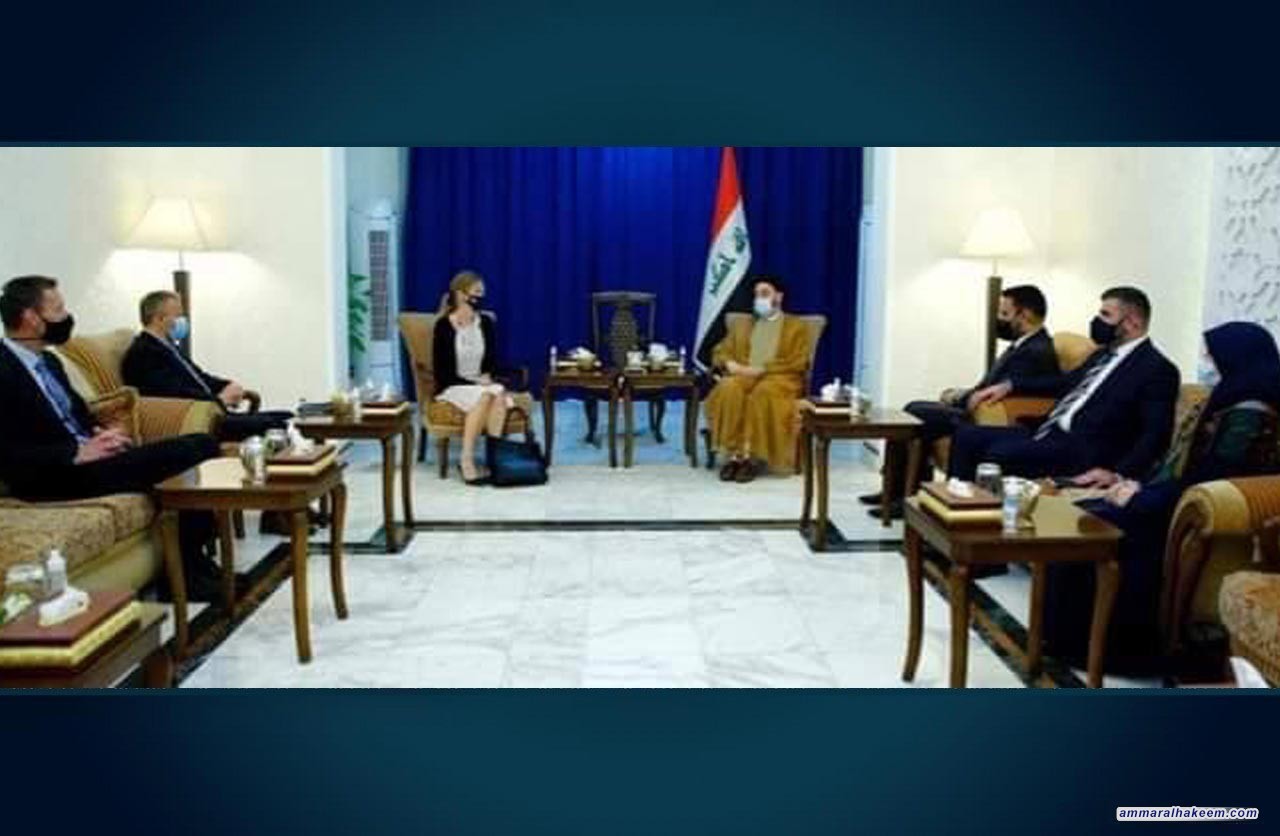 Sayyid Ammar al-Hakim, head of Al-Hikma National Movement, received in his office in Baghdad on Monday 10/5/2021, the Ambassador of Norway to Baghdad, Ms. Tone Elizabeth Backfold, and discussed the bilateral relations between Baghdad and Oslo, and the support of Iraq in facing challenges and Iraq's regional and international roles in converging views between the factions.
His Eminence, in his talk about the developments in the political scene in Iraq and the region, stated that Iraq is on the verge of a defining election that will determine the political course for the next decade, stressing that they must be held on time, with the achievement of electoral security and equal opportunities for competition among all.
His Eminence explained that Iraq plays a positive role in converging views, and this resulted in the factions exchanging positive talk, adding that Iraq always seeks to be a point of convergence and not an arena for conflicts, while he called on Norway and the rest of the world to be fully present in Iraq economically and culturally to take advantage of the promising opportunities It provides in investment and services.