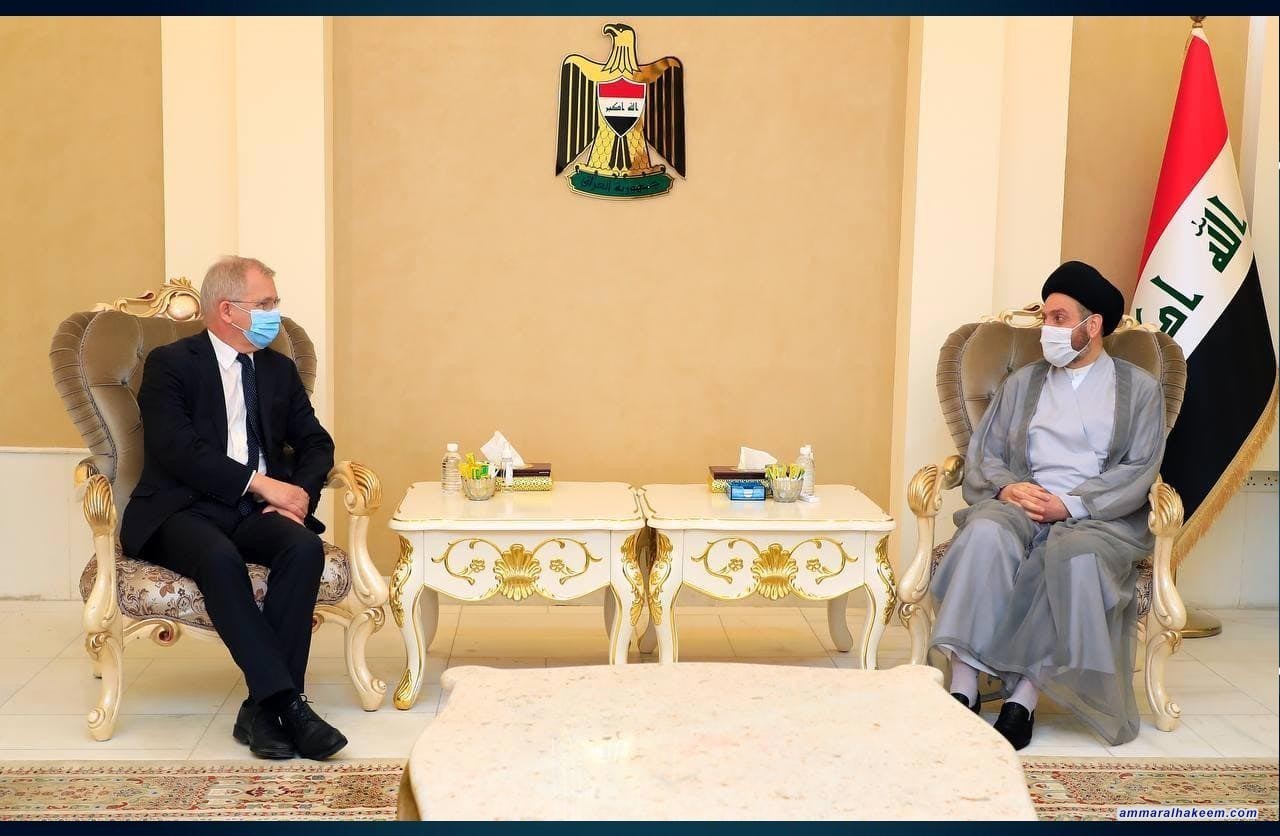 Sayyid Ammar Al-Hakeem, head of the National State Powers Alliance, Received, in his office in Baghdad on Wednesday 19/5/2021, the Swedish Ambassador to Iraq, Lars Ronnås, and discussed the developments of the political scene in Iraq and the region, as well as discussing bilateral relations between the two countries and ways to develop them at every level in a way that serves the interests of the two friendly countries and peoples.
His Eminence said that Iraq is open to everyone and is seeking balanced relations with all countries of the world provided that it is built on common interests and respect of sovereignty, while also calling for a bigger Swedish role in Iraq in the fields of economy and development.