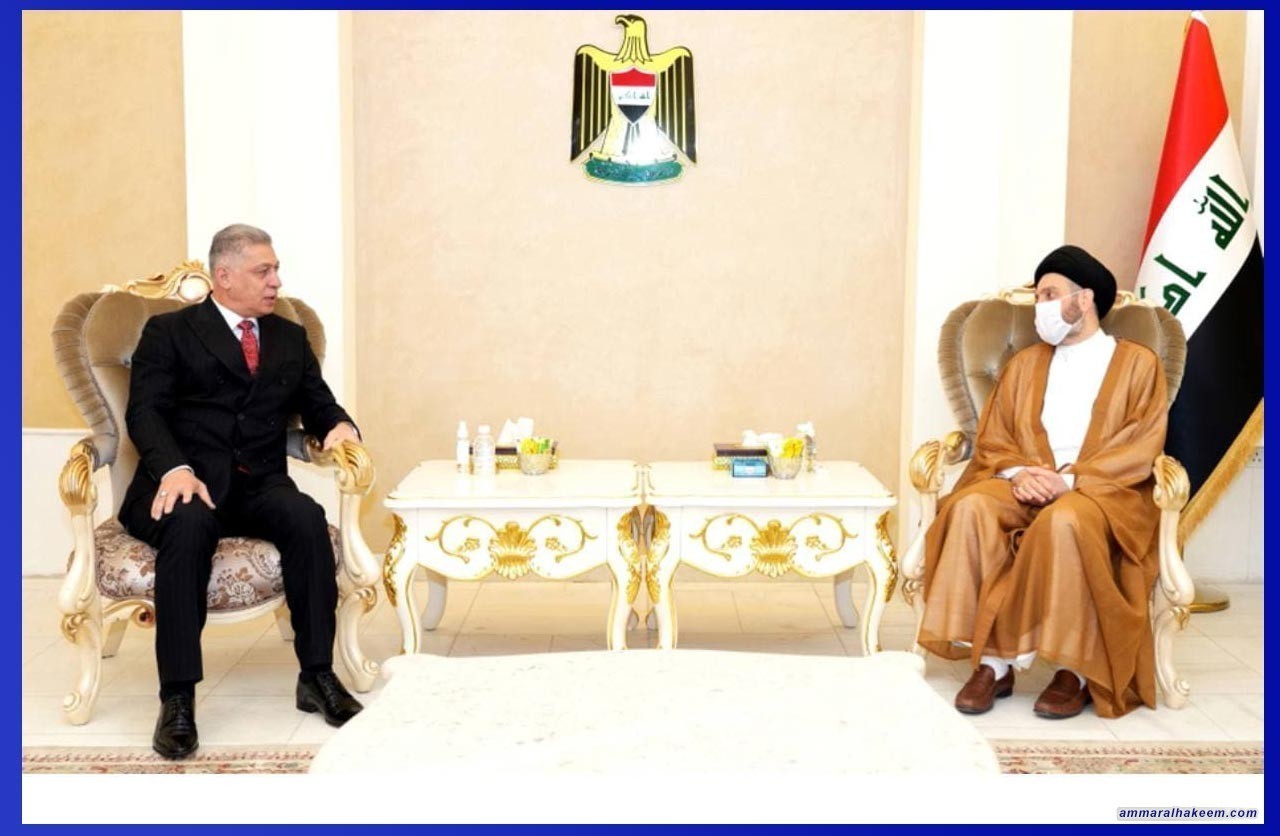 Sayyid Ammar Al-Hakeem, head of the National State Powers Alliance, met the Representative Arshad al-Salihi, leader of the Iraqi Turkmen Front, received and welcomed him in his office today, Sunday, May 30, 2021, to discuss the most important cases happening in Iraq, Kirkuk, the early elections, and the new social decade and the management of diversity in Iraq. His Eminence has indicated the importance of Kirkuk being a model city for peaceful living within the Iraqi components, as it is considered being a miniature Iraq that has different cults of Iraqi people. His Eminence has stressed the importance of holding early elections on their scheduled date, the necessity of competing based on the rules of the programs and visions, achieving electoral security and the freedom of a person to choose and vote for whom he wants to be represented by.