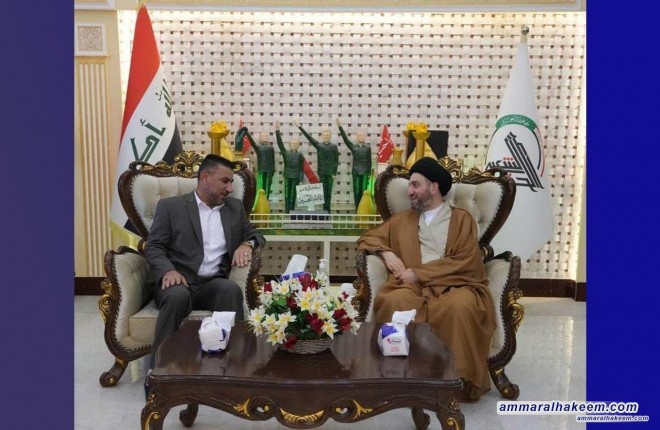 Sayyid Ammar Al-Hakeem, head of the National State Powers Alliance, visited the headquarters of the Popular Mobilization in Amerli Friday, June 4, 2021.
His Eminence praised the role of Amerli’s sons in liberating the regions and holding the land, stressing the need for justice for them, the reconstruction of their areas, and compensation for the damage they suffered. And also warned them of slacking and to stay vigilant due to the sleeper cells of ISIS trying to strike in the liberated areas, for they cost the country its best sons.