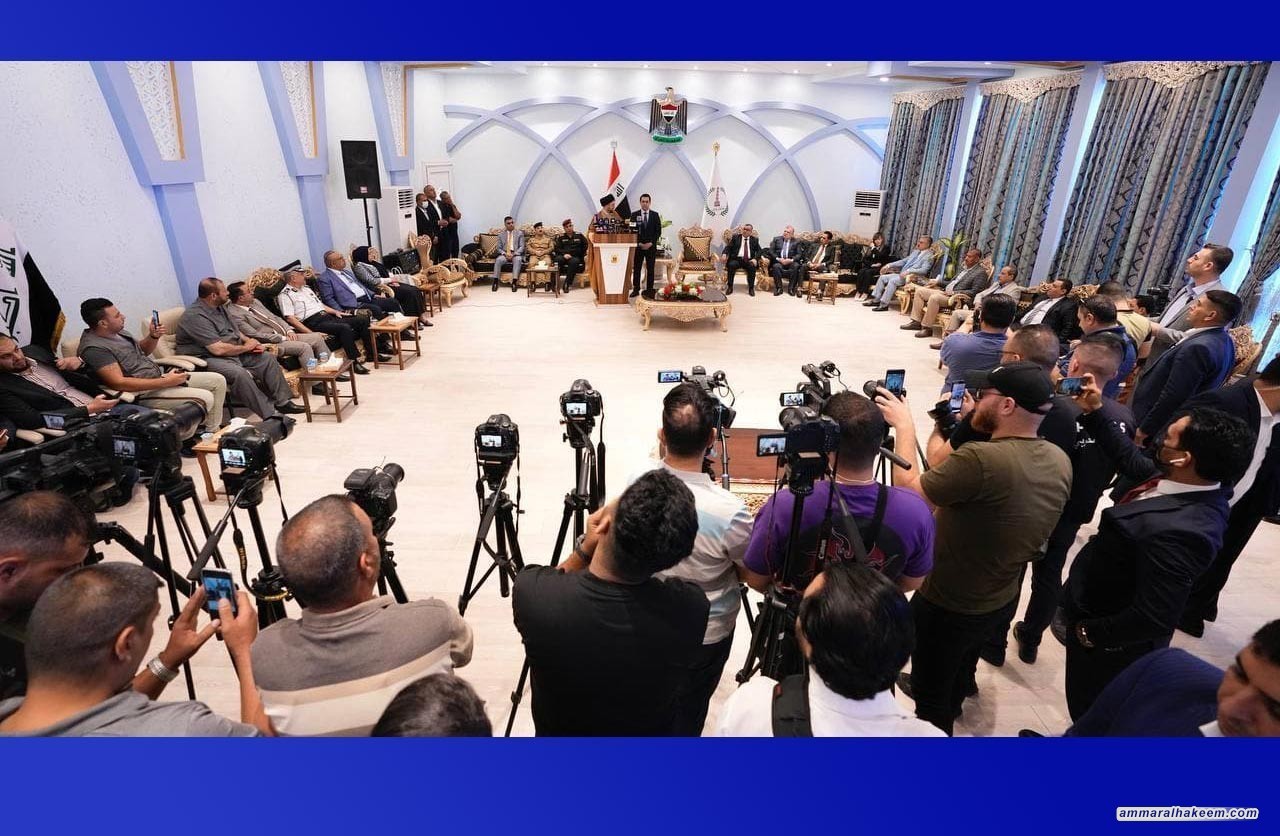 Sayyid Ammar Al-Hakeem, head of the National State Powers Alliance, met with the directors of the service and security directorates in the province, in the presence of officials in the local government, during his visit to Nineveh Governorate, today, Friday, July 2, 2021.
The two sides exchanged views on developments in the political scene and the province’s concerns, lauding the city’s history and the positions of its people as it’s a link between the East and the West.
His Eminence indicated that targeting Iraq began with targeting Mosul, and when Mosul was captured, all of Iraq was captured as well, the setback of Mosul was the setback of Iraq, and the liberation of Mosul was the liberation of Iraq, calling for an end to the internally displaced people crisis, and the reconstruction of souls and hearts, the rebuilding of society, passing the banner to loyal and competent people, spending money in its place and priorities and providing an environment perfect for that.
His Eminence pointed out that the early elections are pivotal and fate-defining and put Iraq at a crossroads, and we can move Iraq from the stage of instability to the stage of stability by making good choices and empowering the competent, pointing out that the decision is in the hands of the people.
His Eminence affirmed his support to Mosul, its people, and its local government to overcome difficulties and achieve the aspirations of the people of Nineveh.