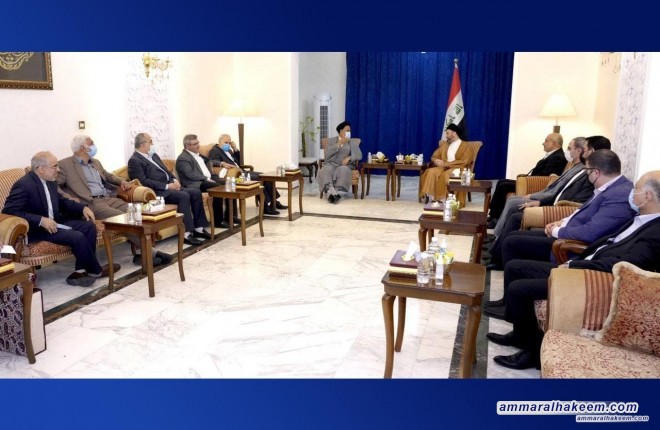 Sayyid Ammar Al-Hakeem, head of the National State Powers Alliance, received the Iranian Minister of Intelligence and National Security, His Eminence Sayyid Mahmoud Alvi, and the two sides exchanged views on the developments of the political scene in the region and the bilateral relations between Iraq and the Islamic Republic of Iran.
His Eminence stressed the importance of Activating relations between the two countries to serve the interests of the two neighboring peoples, noting the importance of confronting extremist ideology and finding intellectual and cultural solutions to it.
His Eminence called to continue the Islamic dialogue and converge views to immunize the peoples from foreign ideas.