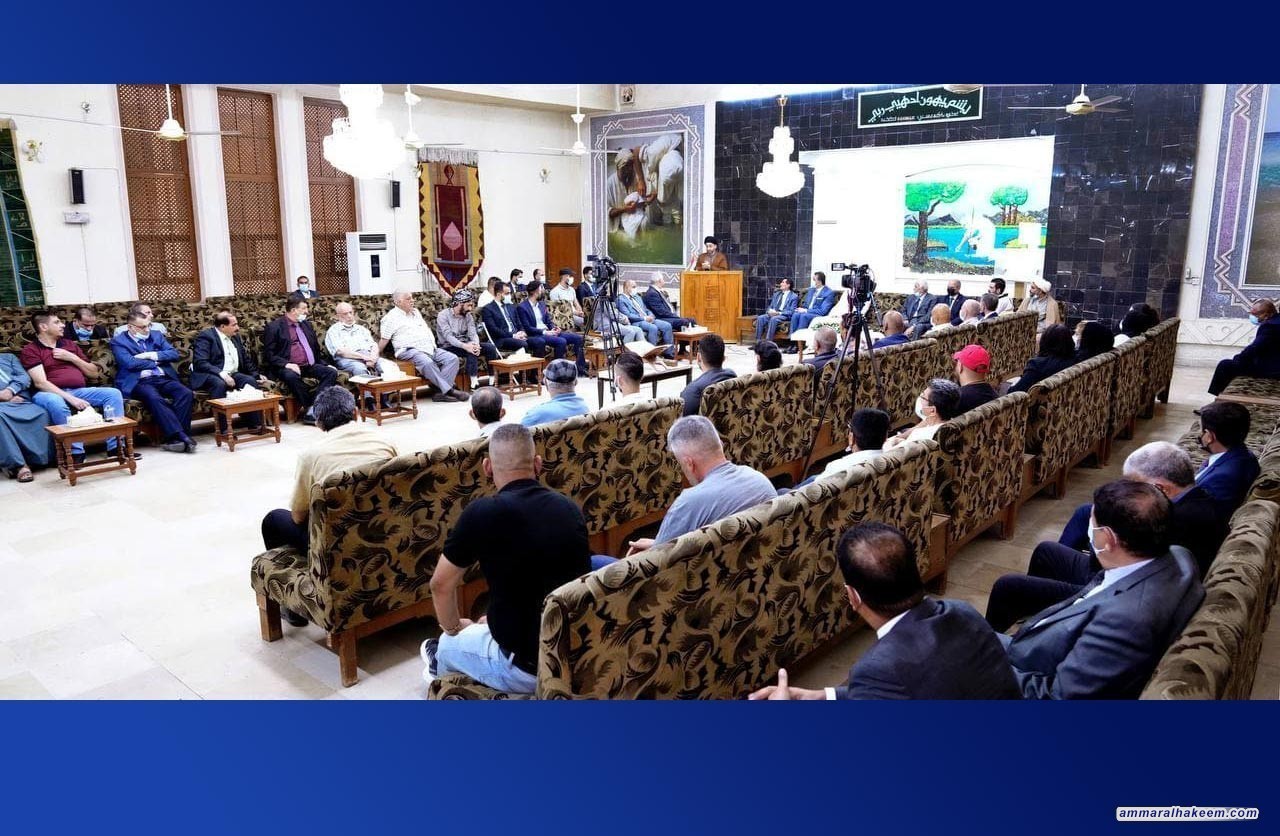 Sayyid Ammar Al-Hakeem, head of the National State Powers Alliance, congratulated the Sabian-Mandaeans on their biggest feast and the Mandaean New Year on Sunday, July 18, 2021, praising their national stance by postponing their celebrations on this occasion to sympathize with the victims of Dhi Qar and the catastrophe of Imam Hussein Hospital “PBUH”. H.E. stressed the preservation and perpetuation of the commonalities and launch building the Iraqi nation through it.
His Eminence reiterated that diversity is a source of enrichment for society and that the protection of this diversity begins with its good management and investment in making the components of Iraq a link to their counterparts in the region and the world, adding, “It is important to build a unifying Iraqi national identity in which everyone can get in its shelter, and respect for pluralism, privacy and subsidiary identities within the framework of the Iraqi identity, and emphasizing its consolidation as a source of strength for Iraq."
His Eminence addressed the Iraqi status quo nation’s demands, stressing that the solution to all of Iraq’s crises is to build a strong, capable state with efficient and solid institutions. H.E. called for broad, conscious, and effective participation in the general elections, urging the Mandaean brothers to nominate a candidate capable of expressing the will and aspirations of the component while warning against the efforts of some who might mislead the component quota seat by nominating party-supported figures who are unable to express the will of the component.
His Eminence indicated that the upcoming elections are fate-defining and a crossroads between stability and instability, and said, "The path towards stability requires a reassuring and balanced equation internally and externally." reiterating the warning against the consequences of spreading frustration and discouragement in an effort to prevent the silent majority from participating.