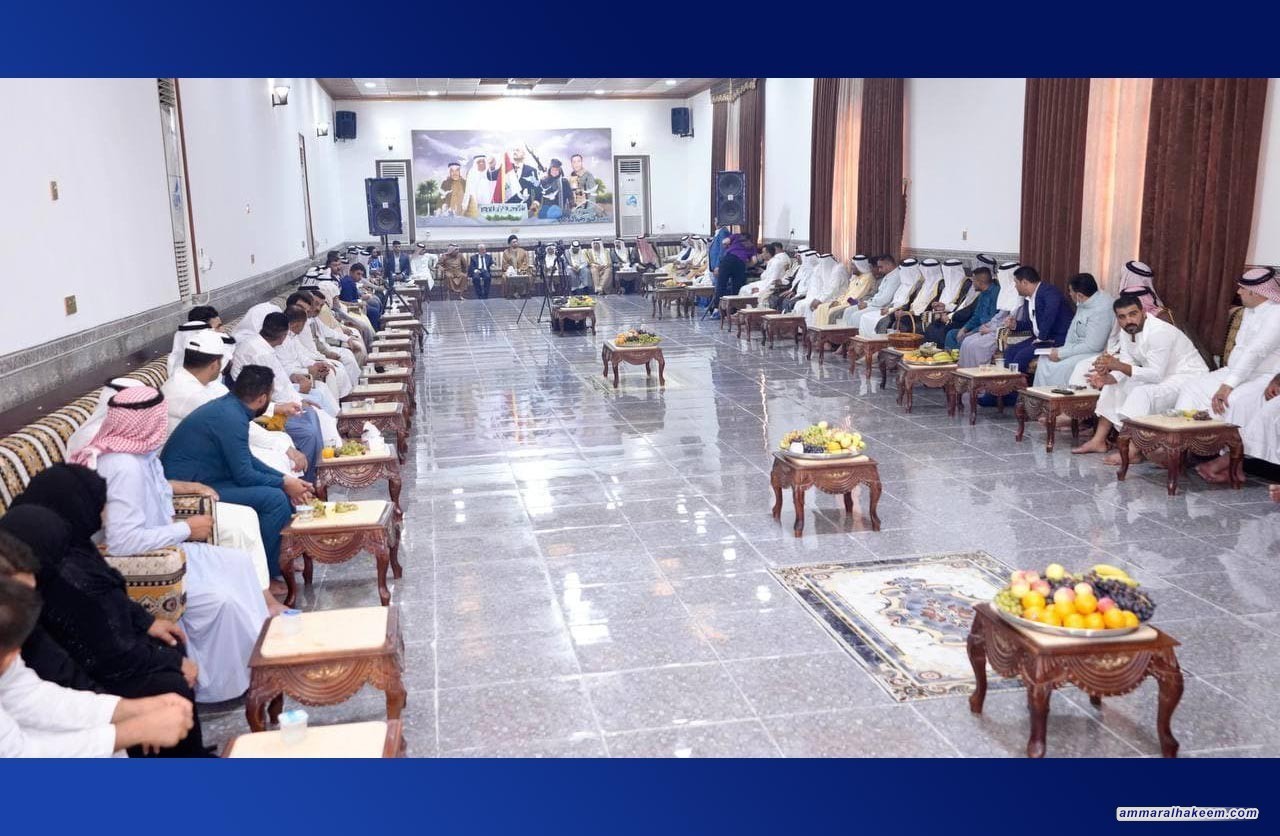 In the guest-place of Sheik Khamis Al Jabara, the guest-place of the martyrs in the Al-Alam district, Sayyid Ammar Al-Hakeem, head of the National State Powers Alliance, recalled on Sunday, July 25, 2021, the history of Iraq with challenges and how it emerged stronger from them each time, indicating that Iraq’s destiny is to rise after every harsh and painful experience with the vigor and awareness of its people and their commitment to life and giving.
His Eminence stressed the importance of adopting dialogue as a way to resolve differences and that the political situation today is more accepting of dialogue than ever before. We compared our political reality with the stages of political obstruction, where leaders exchanged convulsive messages through the media.
His Eminence said that the serious security challenges that we lived through, although they were a painful experience for Iraqis, but they shifted our focus to our need for each other, the importance of our unity and solidarity, the value of our diversity, and the need to put an end to the repetition of mistakes every time. H.E. Indicated that sectarianism has not and will not be societal sectarianism. This society is socially cohesive and there is many evidence for it, referring to sectarianism as a political substance for some through incitement and turning people against one another, and the demise of sectarianism with the demise of its perpetrators.
His Eminence said that one of the meanings of jihad is confronting and bearing responsibility, calling for a broad, conscious and effective participation in the forthcoming general elections, which alone can bring out gradual change.