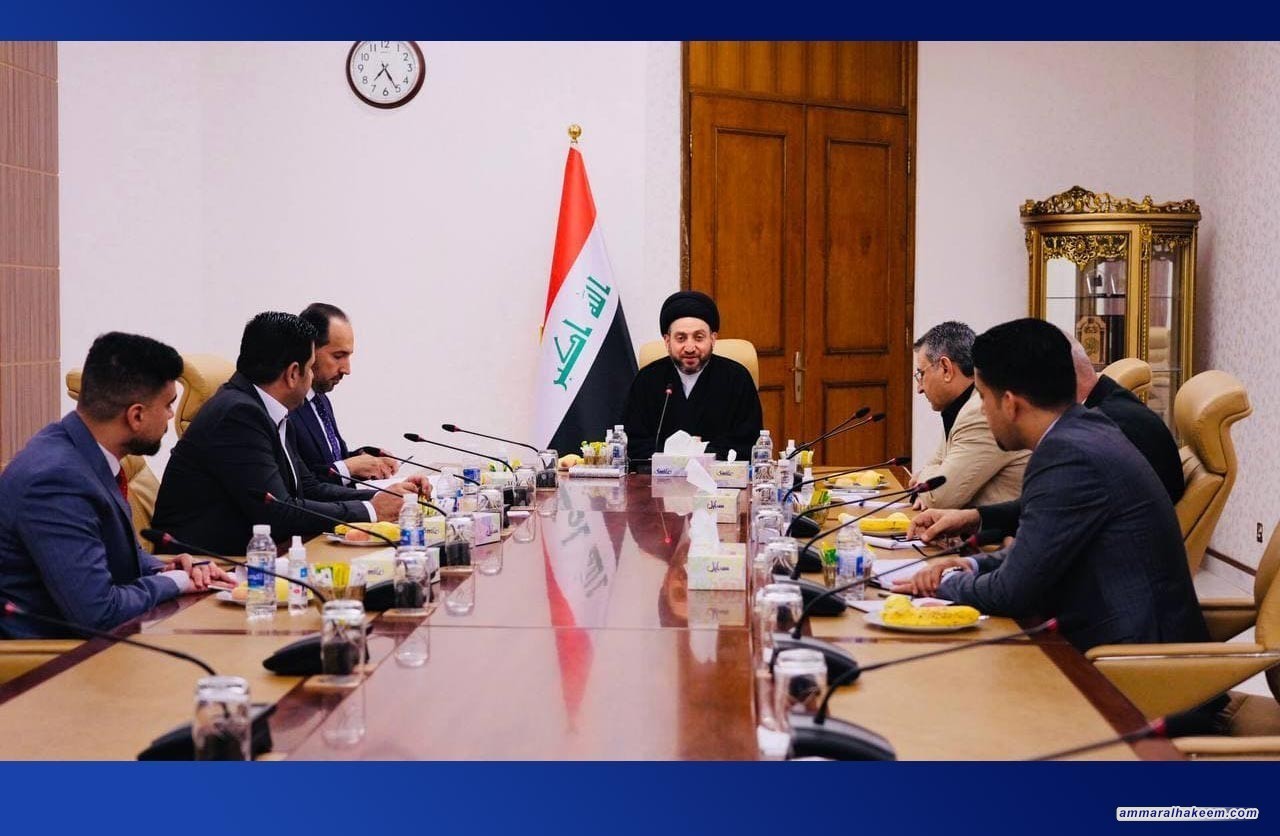 Within the institutionalization framework of the National State Powers Alliance, Sayyid Ammar Al-Hakeem, head of the National State Powers Alliance, met with members of his five offices separately (the Elections Office, the Government Performance Evaluation Office, the Media Office, the Mass Mobilization Office, and the Political Relations Office) on Sunday, September 19, 2021.
His Eminence stressed the necessity of continuing to unify efforts and act as one team. In addition, intensify efforts to achieve the largest representation that NSPA can serve its people and implement what is stated in the electoral program.
His Eminence indicated the need to monitor any electoral violation and inform the Alliance Command about it. H.E. stated that elections are a means and not the objective, while he called on the candidates to explain the electoral program and to propose it realistically, stressing the importance of the election network and the necessity of the presence of representatives of electoral alliances in the electoral centers and stations to monitor the progress of the electoral process and ensure the voter’s freedom to be able to choose whomever the voter sees fit from the candidates.

Concerning the Government Performance Evaluation Office in the National State Powers Alliance, His Eminence explained the office’s work nature and called to prepare the by-law and the coordination mechanism between the powers of the alliance, stressing the monitoring of the implementation of the government program of the coalition, noting the importance of dismantling it on the relevant files and to commit by it, work the priorities and within the specified timeframe.

Regarding the Media, His Eminence said the importance of the media, unifying the media discourse of the Alliance’s Powers, and evaluating the performance periodically, stressing the centrality and strengthening of the state as a key entry point to end political crises. H.E. called on the media institutions of the powers of the alliance to urge people to participate broadly in the elections because of their role in establishing the political system, indicating that choosing the word “State” as a media theme is a correct choice for the people’s need for a strong and capable state that takes care of interests and preserves rights. H.E. called to reach out to media competencies, involve them and consult them as one of the segments that benefit from the power and empowerment of the state.
His Eminence called on the Office of Mass Mobilization to communicate with the public and introduce it to the electoral program and coordinate positions among the audience of the Alliance’s candidates, pointing to the need to be active and friendlihood between the candidates.
During his meeting with the members of the Political Relations Office, H.E. called to invest in the acceptability of the Alliance at the national level and the acceptability of its speech and vision, affirming that the state and the belief in it is the axle of the alliance’s movement on the national level.