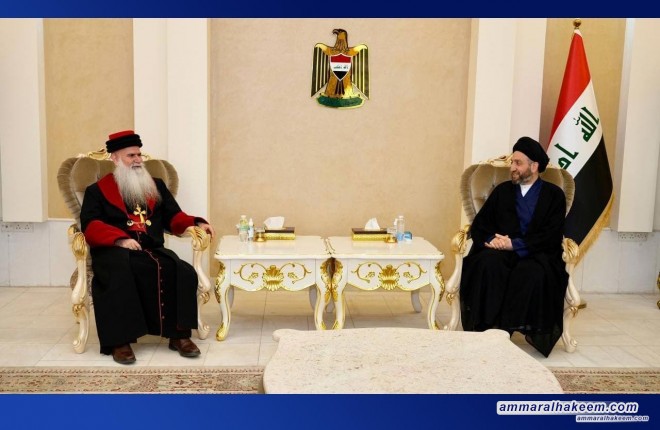 Sayyid Ammar Al-Hakeem, head of the National State Powers Alliance, met with the delegation of the old Eastern Church in Baghdad headed by His Beatitude Bishop Mar Jacob Daniel on Wednesday, September 29, 2021, and talked about the situation of Christians in Iraq and the history of the Eastern Church and its position among the churches of Iraq.
His Eminence renewed his call for the members of the Christian component to return voluntarily and contribute to the reconstruction and development of Iraq and affirmed that they are an immeasurable qualitative addition.
His Eminence illustrated the nature of the political status in Iraq and the elections. In addition, we called for broad and active participation in the elections. While also calling the religious and social organizations to double the exerted efforts to urge people to participate and show them how valuable the electoral right is.