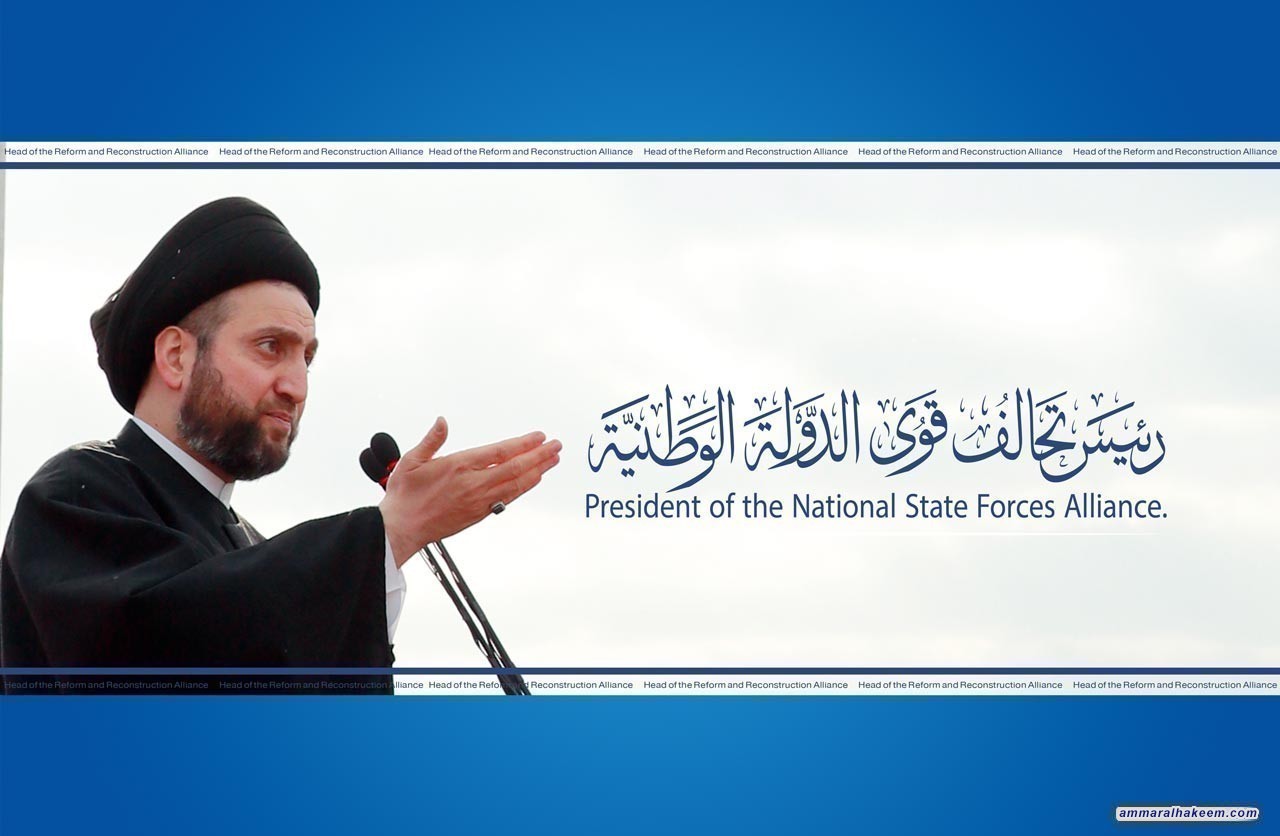 In the Name of Allah Most Gracious, Most Merciful

Praise be to Allah, Lord of the Worlds, may Allah’s peace and blessings be upon our Master Mohammed, his pure family, and chosen companion

Ladies and Gentlemen, may Allah’s peace and blessings be upon you

It’s been four years since the departure of our great national leader, Mam Jalal Talabani “may Allah bless his soul”, and to this very day, we remember his virtues, recall his bright ideas, and the wisdom of a great teacher. Years pass, and we’ll always rely on his wisdom and experience.

On this very dear occasion, we must remember the path of the great late Mam Jalal. Especially when it is a national one, helping greatly to save Iraq and unifying the word to overcome the strongest of storms and crises that were in parallel with the democratic establishment after 2003.

The late President Mam Jalal was not president for Kurds only! He was the president of all Iraqis, with no exception for national, religion, or sect.

He was not only the president of the Patriotic Union of Kurdistan but also the president and brother of all political powers and parties.

He was present and active in whatever he deemed supportive for the path of national cohesion and the promotion of community peace, rebuilding the state, and preserving its prestige and the sovereignty of its constitution.

Therefore, Mam Jalal was a realistic example, as described by the Supreme Religious Authority as a "safety valve for Iraqis" when it comes to their unity, unifying their words, and closing their ranks.

And he, himself, was the main reason behind the Iraqis' great love and respect for this patriotic man who was nothing, but loyal to his country and people.

It is a beautiful coincidence that the anniversary of Mam Jalal's departure coincides with the occasion of the Iraqi National Independence Day, which has become a national day for the Republic of Iraq on the third of October of each year.

This dear occasion represents a real opportunity for all Iraqis, and for the brothers in the Kurdistan region, in particular, to evoke the practical national values ​​that the late leader Mam Jalal followed, for he never dealt with the Baghdad government from the angles of peer and national competition. He believed that the stability of Iraq and its government is the stability of the Kurdistan region. And that the crises, no matter how severe and intensified, the solutions are present in the minds of the brothers and the sons of the same home.

It was from the insight and wisdom of this man that there should be a single paper that encompasses the concepts and problems of the partners on any political issue and that unifying opinions and positions, in and of itself, is considered an entry for effective and practical solutions to preserve the interests of Iraq and its people.

We are a few days away from the most important democratic practice that can determine the future of Iraq for two decades… Hence, we must answer the call of the Supreme Reference represented by Imam Al-Sistani “may Allah extend his life” for broad, effective, and conscious participation in the elections and select those who are within the national criteria that His Eminence had referred to in the statement.

The results of the elections, regardless of their impact among the political powers, should not be a reason to delay or postpone the formation of a strong government capable of achieving the interests of Iraqis and their aspirations for a dignified and honored life.

Political equations based on secret deals and alliances of special interests are no longer feasible at this delicate phase. Today, we have a great responsibility to prevent the collapse of the existing political system. Either we take this system to safety and prevent attempts to drift it from the path of societal legitimacy, or to have it collapse completely, God forbid.

And when that time comes, no one will be safe. What happens in Baghdad will have repercussions in the Kurdistan region and the rest of Iraq and vice versa.

We have great opportunities despite the challenges we face now. There are difficulties, problems, and cumulated effects. Yet, we mustn’t be prisoners of these fears and live within them without going out to the realm of opportunities…

Iraq is a rich country despite its economic challenges.

Its political reality is rich in practical experiences despite the crises.

The national will is present and embodied against every threat that affects the security and interests of Iraq and its people.

There is no alternative to support the state and preserve its prestige and sovereignty, and this support is not limited to a single component. Rather, it is the responsibility of us all.

The sovereignty of the state must be present in every inch of the land of Iraq, with no exceptions for a city over another, for the security of Erbil is the same as the security of Basra and Baghdad.

And the rule of law and the preservation of the interests of the Iraqis are the common destiny of all loyal and patriotic political powers.

We all, entrust our brothers in the Kurdistan region will be loyal to the path of the late leader Mam Jala in word’s unison and putting Iraq’s interest above all else. Also paying attribute to the rules of partnership and the constructive and true alliances among the partners of the one path in facing the cruel dictatorship.

May Allah’s peace, mercy, and blessings are upon all of you