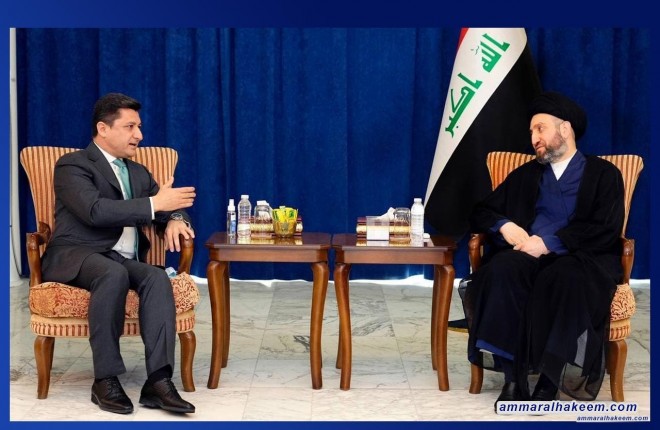 Within the framework of meeting the political blocs to evade the current crisis that Iraq is undergoing, His Eminence, Sayyid Ammar Al-Hakeem, head of the National State Powers Alliance, met the delegation of the Patriotic Union of Kurdistan headed by Mr. Khalid Shwani on Wednesday, November 10, 2021.
His Eminence discussed the developments of the regional and Iraqi political scene, as well as discussing the possible scenarios of the upcoming phase following the results of the recent elections.
His Eminence affirmed the importance of pacifying and harmonizing all fields as the upcoming phase requires a unified stand, and that all of the key powers participate in the political decision-making to avoid any blockages.
We called upon all not to escalate and reduce the media tension to reach a calmer political environment that will have the ability to produce solutions.