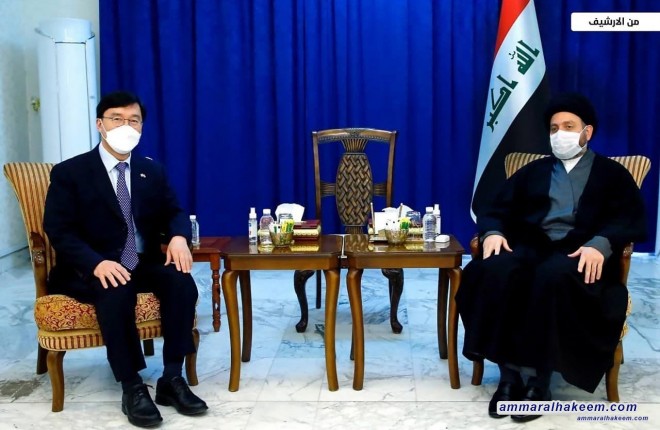 Sayyid Al-Hakeem, head of the National State Powers Alliance, met the Korean Ambassador Jang Wook on Tuesday, 30 November 2021, and discussed the bilateral relations between Baghdad and Seoul and what serves the interests of the two friendly countries and peoples, and the developments of the Iraqi, regional, and international political scenes.
His Eminence said that the political powers must gain one another's trust and reassurance to form a government that is capable of providing services and achieving aspirations.
His Eminence wished His Excellency the best of luck in his upcoming mission and success for his successor who will represent South Korea in Iraq.