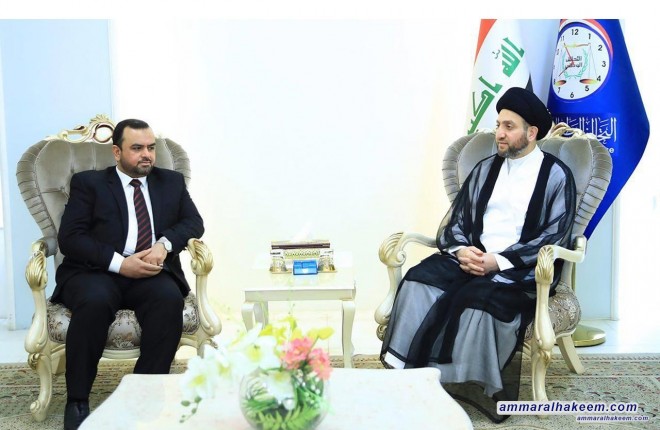 Head of the Al-Hikma National Movement, Sayyid Ammar al-Hakim, in his office in Baghdad received delegation of the Islamic Virtue Party Saturday 26/5/2018
His eminence with delegation discussed forming the government of national majority and the largest bloc, emphasized Iraq's need for a national majority government comprised of blocs with components' weight and opposed by national opposition, considered this composition a necessity in order to settle the political system considering it is a parliamentary system, stressed on commitment to constitutional timeframes and accelerating forming alliances.

Sayyid Ammar al-Hakim renewed his emphasis on the form and conditions of the alliance that will form the next government, to be a product of a clear time-bound service program, built on the basis of Iraq’s interest and an Iraqi decision, urged everyone to invest opportunities and present a government of service not a government of crisis, a government that abide by law not a government above the law.